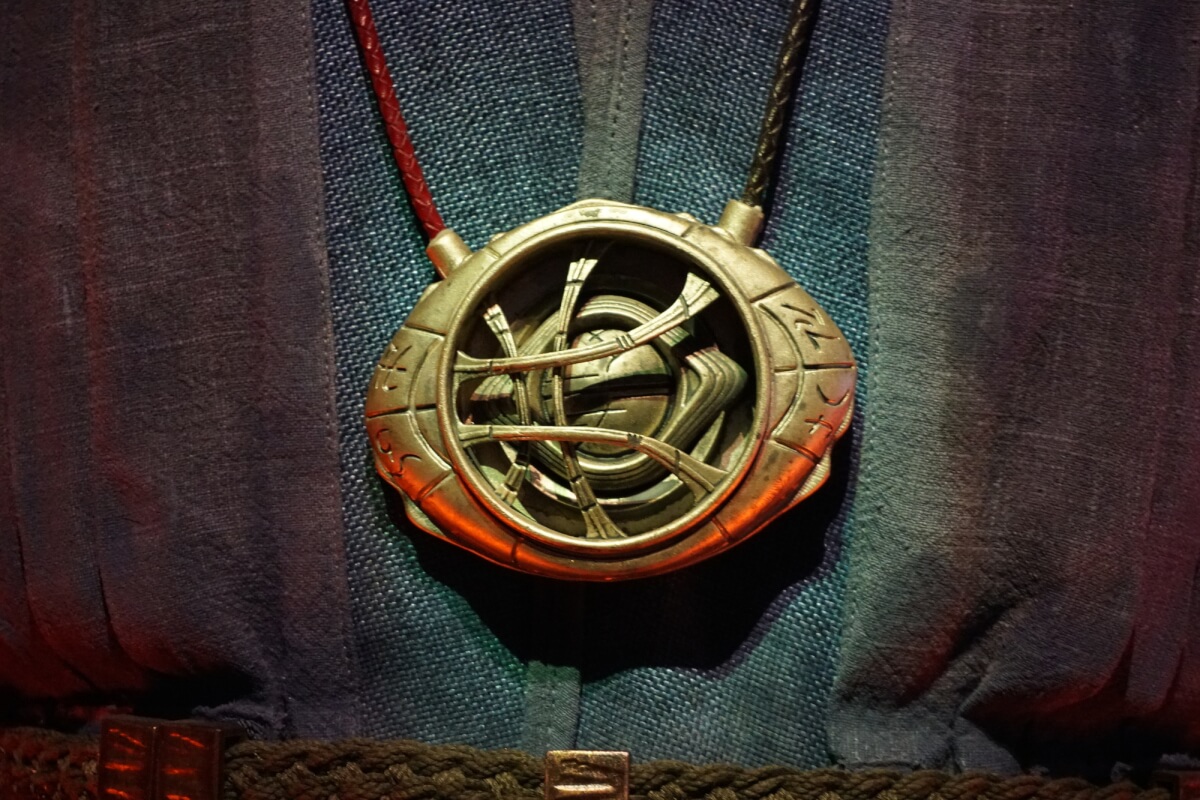 Doctor Stephen Strange was a brilliant neurosurgeon before mastering the Mystic Arts, but luckily that M.D. only makes his name cooler!

Portrayed by Benedict Cumberbatch since 2016, the sorcerer/doctor has appeared in six different Marvel films and television shows, so far. While his role wasn’t large in “Thor: Ragnarok” or “Avengers: Endgame”, he still manages to always be memorable, mostly due to his witty remarks.

Of course, we will soon have his second solo film to enjoy but until then we’ve put together this list of all the best Doctor Strange quotes and sayings to tide you over until “Doctor Strange: In the Multiverse of Madness” is released!

Read on for all the best lines from Doctor Strange throughout the years, but don’t forget to come back for the updated version after May 4th, 2022.

The Most Famous and Iconic Doctor Strange Quotes

You probably already know these ones but we still have to include the most well-known Dr. Strange movie quotes! These are his most iconic lines.

“Tony Stark: [after Strange gives Thanos the Time Stone] Why did you do that?
Dr. Stephen Strange: We’re in the end game, now.” Avengers: Infinity War

“Spider-Man: What is this place?
Doctor Strange: The Mirror Dimension. Where I’m in control.” Spider-Man: No Way Home

The Most Inspiring and Wise Doctor Strange Quotes

As a Master of the Mystic Arts, it makes sense that Doctor Strange possesses quite a bit of knowledge and wisdom. These are the best Dr. Strange sayings that demonstrate his (and others’) wisdom or inspire audiences in some way.

“The Ancient One: [on magic] You cannot beat a river into submission; you have to surrender to its current, and use its power as your own.
Dr. Stephen Strange: I control it by surrendering control? That doesn’t make any sense.
The Ancient One: Not everything does. Not everything has to. Your intellect has taken you far in life, but it will take you no further. Surrender, Stephen.” Doctor Strange

“Dr. Stephen Strange: I’m not ready.
The Ancient One: No one ever is. We don’t get to choose our time. Death is what gives life meaning. To know your days are numbered. Your time is short. You’d think after all this time, I’d be ready. But look at me. Stretching one moment out into a thousand… just so that I can watch the snow.” Doctor Strange

“Dr. Stephen Strange: [to Mordo] You told me once to fight like my life depended on it because one day it might. Well, today is that day. I cannot defeat them alone.” Doctor Strange

“Dr. Stephen Strange: Thor, I sense a great change in your future. Destiny has dire plans for you, my friend.” Thor: Ragnarok

“Doctor Strange: A wise sorcerer once told me that to face death is part of the plan.” What If…? Season One, Episode 9: “What If… The Watcher Broke His Oath?”

“Doctor Strange: Be careful what you wish for, Parker.” Spider-Man: No Way Home

After the first film, Stephen Strange hasn’t had to deal with too much sadness, that is until the animated series What If…? There are still some Dr. Strange quotes in the films and television series where we feel rather sorry for him, and here they are.

“Christine Palmer: Stephen, you always spent money as fast as you can make it, but now you’re spending money you don’t even have. Maybe it’s time to consider stopping.
Dr. Stephen Strange: No, now is exactly not the time to stop, because, you see, I’m not getting any better!” Doctor Strange

“Dr. Stephen Strange: [sitting on the doorstep of Kamar-Taj, on the verge of tears] Don’t shut me out. I haven’t got anywhere else to go…” Doctor Strange

“Dr. Stephen Strange: Tony… there was no other way. [turns into dust and blows away]” Avengers: Infinity War

“Doctor Strange: Why does this keep happening? Aren’t we allowed to be happy?” What If…? Season One, Episode 4: “What If… Doctor Strange Lost His Heart Instead of His Hands?”

“Peggy Carter: Can I ask what happened?
Doctor Strange: The same thing that happened to you. Love.” What If…? Season One, Episode 9: “What If… The Watcher Broke His Oath?”

“Doctor Strange: Sacrifice? That would imply I had something to lose.” What If…? Season One, Episode 9: “What If… The Watcher Broke His Oath?”

Doctor Stephen Strange was always arrogant and quite witty, so there are plenty of examples of funny lines for us to choose from! Here are our favorite Doctor Strange quotes that made us laugh.

“Wong: I am now the guardian of these books. So if a volume from this collection should be stolen again, I’d know it, and you’d be dead before you ever left the compound.
Dr. Stephen Strange: What if it’s just overdue? You know. Any late fees I should know about? Maiming, perhaps? [after Wong doesn’t react] People used to think that I was funny.
Wong: Did they work for you?
Dr. Stephen Strange: All right, Well, it’s been lovely talking to you. Thank you for the books and for the horrifying story and… for the threat upon my life.” Doctor Strange

“Baron Mordo: This is a relic. Some magic is too powerful to sustain so we imbue objects with it… allowing them to take the strain we cannot. This is the staff… of the Living Tribunal. There are many relics. The Wand of Watoomb. The Vaulting Boots of Valtorr.
Dr. Stephen Strange: Really just roll off the tongue, don’t they?” Doctor Strange

“Wong: What do you want, Strange?
Dr. Stephen Strange: Books on Astral Projection.
Wong: You’re not ready for that.
Dr. Stephen Strange: Try me, Beyoncé. [Wong remains silent] Come on! You’ve heard of her, she’s a huge star, right? [pause] Do you ever laugh? Come on, just give me the book.
Wong: No.” Doctor Strange

“[Strange is experimenting with time manipulation using the Eye of Agamotto]
Baron Mordo: [bursting in] Stop! Tampering with continuum probabilities is forbidden!
Dr. Stephen Strange: I-I-I was just doing exactly what it said in the book!
Wong: And what did the book say about the dangers of performing that ritual?
Dr. Stephen Strange: I don’t know, I hadn’t gotten to that part yet.
Baron Mordo: Temporal manipulations can create branches in time. Unstable dimensional openings. Spatial paradoxes! Time loops! You wanna get stuck reliving the same moment over and over forever or never having existed at all?
Dr. Stephen Strange: They really should put the warnings before this spell.” Doctor Strange

“Kaecilius: What have you done?
Dr. Stephen Strange: I made a bargain.
Kaecilius: What is this?
Dr. Stephen Strange: Well, it’s everything you’ve ever wanted. Eternal life as part of the One. You’re not gonna like it. [Kaecilius and his Zealots are sucked into the Dark Dimension] Yeah, you know, you really should have stolen the whole book because the warnings… The warnings come after the spells.
Wong: [laughs] Oh, that’s funny.” Doctor Strange

“Thor: [talking about Odin] If you knew where he was, why didn’t you call me?
Dr. Stephen Strange: I have to tell you, he was adamant that he not be disturbed. Your father said he had chosen to remain in exile. And you don’t have a phone.
Thor: No, I don’t have a phone, but you could have sent an electronic letter. It’s called an email.
Dr. Stephen Strange: Yeah, do you have a computer?
Thor: No. What for?” Thor: Ragnarok

“Tony Stark: Hey, you said one out of fourteen million, we’d win, yeah? Tell me this is it.
Doctor Strange: If I tell you what happens, it won’t happen.” Avengers: Endgame

“Peter Parker: [referring to snow inside the sanctum] Is all this for a holiday party?
Wong: No. One of the rotunda gateways connects to Siberia. Blizzard blasted through.
Doctor Strange: [levitating downstairs] Because someone forgot to cast a maintenance spell to keep the seals tight.
Wong: That’s right. He did. Because he forgot I now have higher duties.
Doctor Strange: Higher duties?
Wong: The Sorcerer Supreme has high duties, yes.
Peter Parker: [to Doctor Strange] Wait, I thought you were the Sorcerer Supreme?
Doctor Strange: No. He got it on a technicality ’cause I Blipped for five years.” Spider-Man: No Way Home

“Spider-Man: [interrupts the spell again] Happy!
Doctor Strange: No, I am annoyed.” Spider-Man: No Way Home

“Spider-Man: Listen, let’s just focus on the good news, okay?
Doctor Strange: No, let’s just focus on the bad news. As of now, you have detected zero multiversal trespassers. So, get on your phones, scour the Internet, and Scooby-Doo this shit.
MJ: [laughs dryly] You’re telling us what to do, even though it was your spell that got screwed up. Meaning that all of this is kind of your mess. You know, I know a couple of magic words myself, starting with the word ‘please’.
Doctor Strange: Please, Scooby-Doo this shit.” Spider-Man: No Way Home

Did We Miss Any of Your Favorite Doctor Strange Quotes?