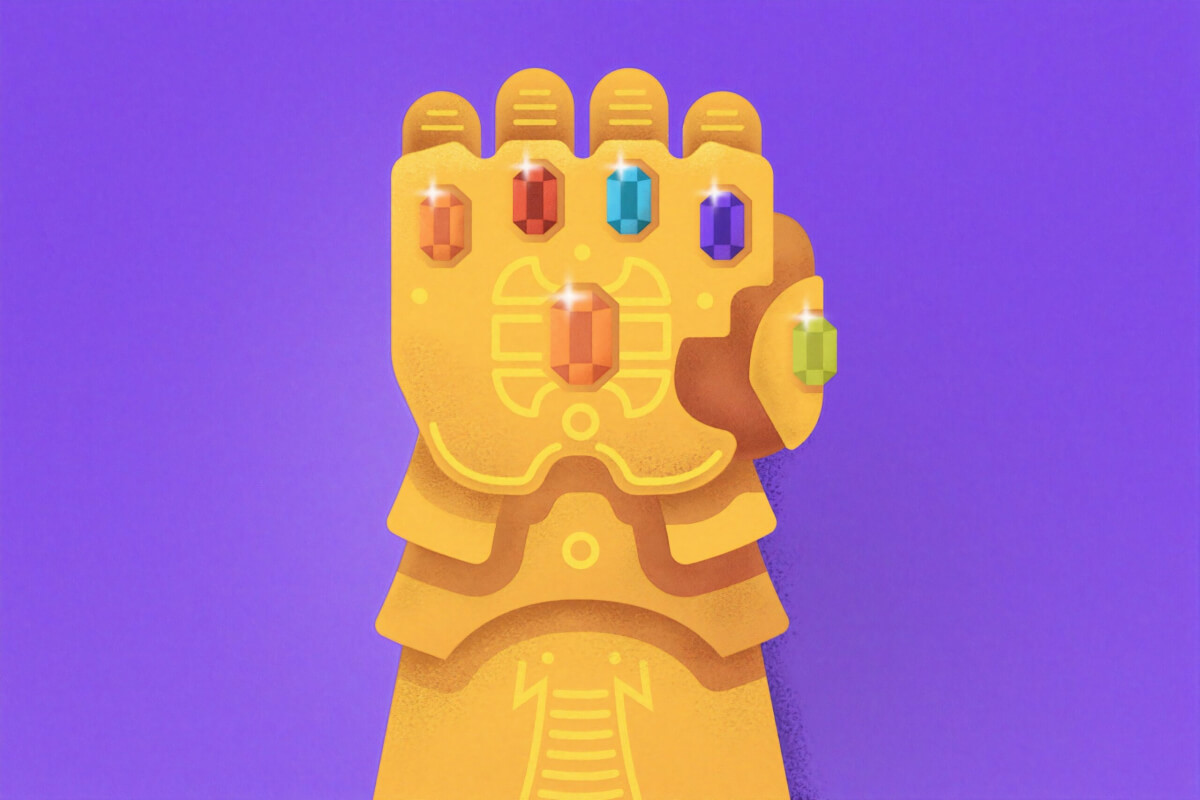 He may have only been a shadowy figure revealed in post-credits scenes for much of the time, but when Thanos finally came into play, he firmly cemented his place as one of Marvel’s most memorable villains.

And besides his iconic gauntlet and uh, questionable philosophies on making the universe a better place, part of what made him so memorable were his epic quotes, often about balance and destiny.

Well, if you’re hunting for some of Thanos’ top sayings, we’ve assembled the best quotes and iconic lines by Thanos for your reading pleasure below.

THE Most Iconic Thanos Quotes

There are a few lines from Thanos that really stand out and have even entered the world of pop culture beyond the Avengers films! Below you’ll find some of the most memorable and iconic Thanos quotes out there.

“I am… inevitable.” Avengers: Endgame

“You should have gone for the head.” Avengers: Infinity War

The Most Quotable Thanos Lines

These quotes by Thanos may not be as iconic as the previous, but they are definitely ones you can slip into general conversation and see if your friends notice that you’re quoting Thanos!

“Fine. I’ll do it myself.” Avengers: Age of Ultron

“Your politics bore me. Your demeanor is that of a pouty child.” Guardians of the Galaxy

“It nearly killed me. But the work is done and it always will be.” Avengers: Endgame

Love him or hate him (or just love to hate him) Thanos had some truly great lines, especially when he was interacting with the Avengers. These are the greatest Thanos quotes that are very memorable.

“You have my respect, Stark. When I’m done, half of humanity will still be alive. I hope they remember you.” Avengers: Infinity War

“In all my years of conquest, violence, slaughter, it was never personal. But I’ll tell you now, what I’m about to do to your stubborn, annoying little planet… I’m gonna enjoy it. Very, very much.” Avengers: Endgame

“You’re strong… but I could snap my fingers… and you’d all cease to exist.” Avengers: Infinity War

The Most Philosophical Thanos Lines

Even if you don’t agree with Thanos’ ideas to save the universe, he definitely said some things that made the viewer think. Here are the deepest quotes by Thanos on destiny, life and balance.

“Little one, it’s simple calculus. This universe is finite, its resources, finite. If life is left unchecked, life will cease to exist. It needs correcting.” Avengers: Infinity War

“I know what it’s like to lose. To feel so desperately that you’re right, yet to fail nonetheless. It’s frightening, turns the legs to jelly. I ask you to what end? Dread it. Run from it. Destiny arrives all the same. And now it’s here. Or should I say, I am.” Avengers: Infinity War

“Thanos: You were going to bed hungry, scrounging for scraps. Your planet was on the brink of collapse. I’m the one who stopped that. You know what’s happened since then? The children born have known nothing but full bellies and clear skies. It’s a paradise. Gamora: Because you murdered half the planet. Thanos: A small price to pay for salvation.” Avengers: Infinity War

“Perfectly balanced, as all things should be.” Avengers: Infinity War

“You could not live with your own failure. Where did that bring you? Back to me. I thought by eliminating half of life the other half would thrive. But you have shown me that’s impossible. And as long as there are those that remember what was, there will always be those that are unable to accept what can be. They will resist.” Avengers: Endgame

“I’m thankful. Because now I know what I must do. I will shred this universe down to its last atom. And then with the stones you’ve collected for me create a new one teeming with life that knows not what it has lost but only what it has been given. A grateful universe.” Avengers: Endgame

It’s hard to feel sorry for Thanos, but he did occasionally show that he had feelings. These were the saddest lines by Thanos that show his emotions.

“I ignored my destiny once. I cannot do that again. Even for you. I’m sorry, Gamora.” Avengers: Infinity War

“Today I have lost more than you could ever know. But now is no time to mourn. Now… is no time at all.” Avengers: Infinity War

Did We Forget Any of Your Favourite Thanos Lines and Sayings?