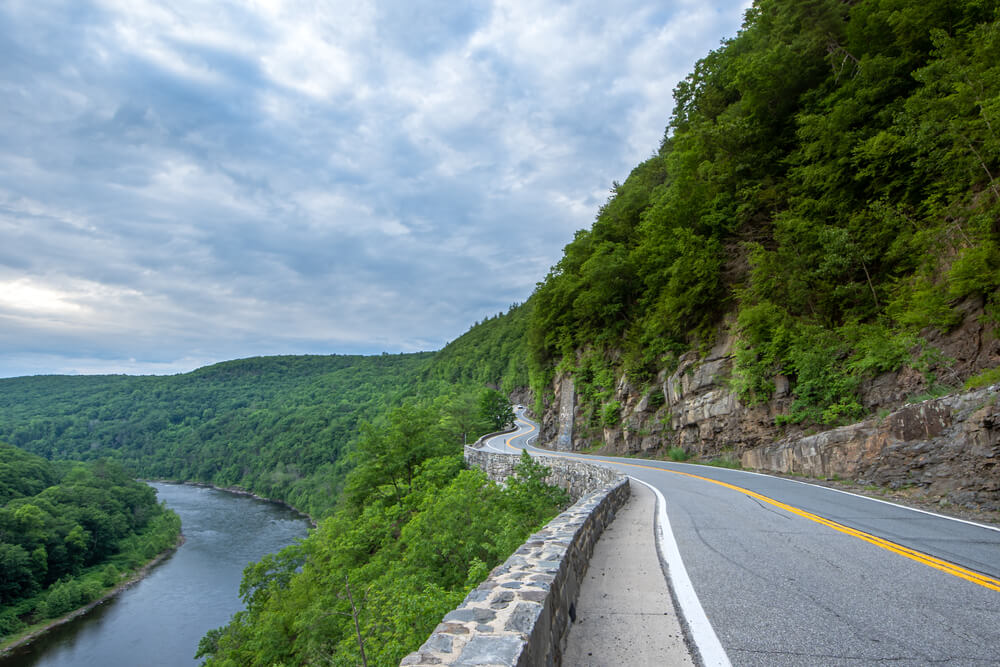 Doctor Strange is a great film to watch if you want to be inspired to travel, especially if places like Nepal and Mount Everest are on your bucket list!

After the New York City surgeon Dr. Stephen Strange damages his hands in a car accident, he travels to Kathmandu in search of a place called Kamar-Taj that may be able to help him regain his skills. Of course, he ends up learning there’s much more to the world than he thought and becomes a master of the Mystic Arts.

If you have ever wondered where was Doctor Strange filmed, then you are in luck because today we are sharing all the Dr. Strange filming locations from the 2016 film. Make sure you come back after May 2022 for updates once ‘Doctor Strange: In the Multiverse of Madness’ is released as well.

But for now, here are all the filming locations which you can visit – and some which you can’t but at least you’ll know where they are!

Doctor Strange filmmakers had already decided upon filming in Nepal when the 2015 earthquake hit and destroyed many of the locations they had planned to use.

According to the Director’s Commentary on the Doctor Strange Blu-ray, both director Scott Derrickson and actor Benedict Cumberbatch thought the earthquake was all the more reason for them to shoot there, so the film would give tourism a much-needed boost.

So, where did Doctor Strange film in Nepal? Here are some noteworthy spots.

Kathmandu, Nepal (AKA Where Stephen Looks for Kamar-Taj)

Doctor Strange headed to Kathmandu to search for Kamar-Taj and the scenes of him wandering around asking locals about it were all actually filmed in Kathmandu. Mostly there are establishing shots of the city, as well as shots of Stephen walking through the Thamel neighborhood and down New Road.

When he runs his hand along some bells next to a white temple, this is at the real-life location of Swayambhu Stupa, an ancient shrine on top of a hill overlooking Kathmandu, and one of the most sacred Buddhist sites.

There are also shots of Strange walking along a bridge that leads to Pashupatinath Temple, a UNESCO World Heritage Site.

Viewers also see Patan Durbar Square, although the scenes of Strange and other acolytes training inside Kamar-Taj, while inspired by the Keshav Narayan Chowk courtyard at the Patan Durbar palace, were actually created on set in the UK.

Nearly all the Doctor Strange filming locations on set were done in the United Kingdom, as were the street scenes that take place in London. There are also a couple of surprising movie spots that were brought to life in the UK.

Here is a list of the most noteworthy Doctor Strange filming locations in the UK:

Many sets for Doctor Strange were created at the Longcross Studios, including the street leading into Kamar-Taj and the Hong Kong street near the end of the film where the reverse-time battle takes place. All the interiors of both Kamar-Taj and the Sanctum Sanctorum were also created on set at the studios.

The National Liberal Club, London (AKA Where Kaecilius Exits Kamar-Taj After Stealing Pages)

At the beginning of the film, we see the zealot Kaecilius and his followers steal pages from a book in the library of Kamar-Taj.

After they are confronted by the Ancient One they go through a portal and then open a door that leads to London before rushing out onto Whitehall Place from the real-life location of the National Liberal Club.

You can see the glass-covered entryway of the Corinthian Hotel directly opposite as they run out.

The junction of Northumberland Avenue and Great Scotland Yard, London (AKA Where the Ancient One Confronts Kaecilius and His Followers)

As the group runs down Whitehall Place the Ancient One catches up to them and catches them in the Mirror Dimension at the spot where Northumberland Avenue meets Great Scotland Yard (the street named after the police service).

When everything goes all trippy and they start fighting up the sides of the moving buildings, this is taking place on Great Scotland Yard, with the addition of CGI, of course!

After Kaecilius and his cronies escape through a portal, the Ancient One calmly continues walking up Northumberland Avenue towards Trafalgar Square, even as passersby stare a bit at her robes. Turn the below map to the right to see where she walks.

Exeter College Chapel, Oxford (AKA Where Kaecilius and His Followers Perform the Ritual)

When Kaecilius and his cronies perform the ritual to contact Dormammu (and get that weird eye makeup) they do this inside the beautiful chapel at Exeter College in Oxford. The chapel was inspired by the Sainte-Chapelle in Paris and makes an ideal base to show the incredible kaleidoscope powers the followers receive from Dormammu.

Ropemaker Street, London (AKA Where the Ancient One Falls)

While the final battle between Kaecilius and the Ancient One takes place in the Mirror Dimension of New York, she falls through a portal to reality, seemingly crashing onto the pavement in New York (as Strange then rushes her to the hospital where Christine works).

This scene was actually filmed in London rather than New York, and the spot where the Ancient One lands is directly outside a Costa Coffee shop on Ropemaker Street. Since there are many glass skyscrapers here, it does look like it could be New York City.

Since Stephen Strange is a New York City neurosurgeon, it makes sense that some of his story is filmed in his hometown.

Of course, the fictional New York Sanctum Sanctorum is also located here, and the filmmakers used a mix of on-site filming, CGI and sets to bring New York City to life.

Here are some noteworthy Doctor Strange filming locations in the US.

Doctor Strange’s apartment appears to be located at 535 West End Avenue, as this is the building from which he drives out of the garage in his Lamborghini Huracán Coupé.

The interior shots were done on set at Longcross Studios with CGI added, as the views from his penthouse don’t actually match the buildings around the real-life location.

However, he very clearly does drive off up West 86th Street before leaving the city via the George Washington Bridge.

After leaving New York Stephen is driving along Route NY-97, which runs alongside the Delaware River.

There’s a particular section called the Hawks Nest where there are some sharp curves, which is where Stephen has his fateful crash while looking at his phone while driving too fast in the rain.

West 12th and West 4th Streets in West Village, NY (AKA The Entrance to the New York Sanctum Sanctorum)

While the New York Sanctum is supposed to be located on Bleeker Street in Greenwich Village, when Stephen gets blasted into it and then walks outside, the shot was actually filmed at the junction between West 12th Street and West 4th Street in the West Village.

There’s just a piece of blank wall where the entrance to the Sanctum was placed, either by CGI or a facade that was constructed for that scene.

After Baron Mordo and the Ancient One arrive at the New York Sanctum, Kaecilius and his cronies aren’t far behind. They chase Mordo and Strange out into the Mirror Dimension version of the streets of New York, which quickly change so that they’re no longer in Bleeker Street.

Strange and Mordo try to escape with a portal, but Kaecilius makes the whole street tilt over so that the pair end up splatting into the window of a bus, inside of which is Stan Lee laughing as he reads The Doors of Perception by Aldous Huxley.

This shot actually makes sense, as it takes place at the intersection two streets up, where Madison Avenue meets East 32nd Street. You can see the white building on the right over Strange’s shoulder in the scene. After that everything becomes a bit loopy…

While the doctors try to save her life, the Ancient One goes out to a balcony of the hospital in her astral form, where Strange joins her. They discuss death while looking out over the East River.

You can’t visit the exact spot where this scene was filmed (probably with CGI as well) but it definitely looks like it would be what you saw from a higher balcony at night.

In the post-credits scene, Mordo visits Pangborn as he is doing some sort of metalwork inside a workshop. According to IMDB this scene was filmed inside the (now-closed) Valley Friction Materials in North Hollywood.

Have Any Tips on Doctor Strange Filming Locations?

Some Doctor Strange filming locations we can’t quite figure out are: