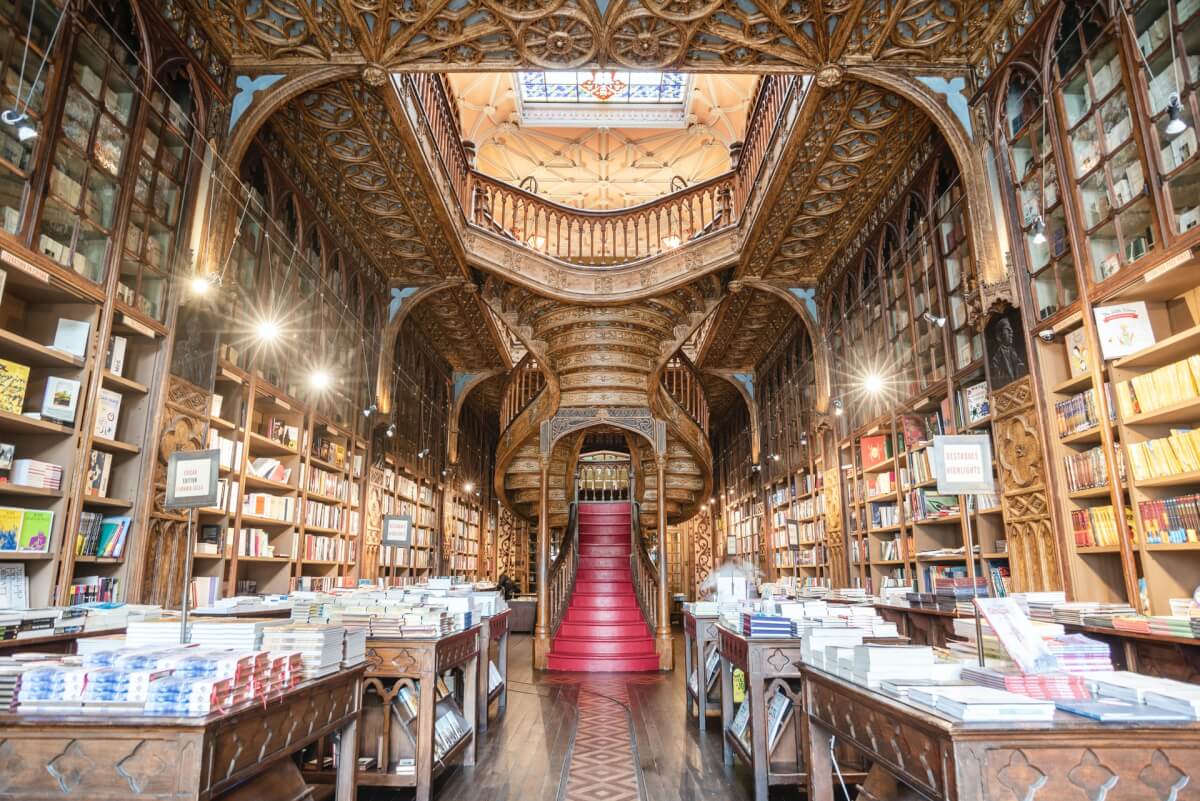 Potterheads around the world were left in shock on Thursday when a mini-tweetstorm from JK Rowling herself revealed the truth about all about the “alleged inspirations and birthplaces” of Harry Potter.

In the tweets, Rowling engaged in some mythbusting about some of the most famous Harry Potter tourist spots in the world, particularly in Edinburgh and Porto, two cities that she called home while writing Harry Potter.

Among the casualties? The famous “Harry Potter Library” in Porto – Livraria Lello. Long a pilgrimage site for eager Harry Potter fans, countless sources and tour guides credit the shop for being a direct inspiration for Harry Potter, even reputable outlets perpetuating the idea that Rowling was a frequent customer.

This magical reputation has led to the bookshop becoming one of the most popular tourist attractions in Porto, with constant line-ups, and even the implementation of an entry fee and timed ticket system. Today, the Livraria Lello is known for more than its status as one of the world’s most beautiful bookshops – it’s a sight synonymous with Harry Potter itself.

However, as confirmed by JK Rowling herself, despite the bookshop’s clear lean into the whole HP theme (recent reviews describe robe-wearing staff!), Livraria Lello has nothing to do with Hogwarts or Harry Potter at all. In fact, she herself has never even been inside:

For instance, I never visited this bookshop in Oporto. Never even knew of its existence! It’s beautiful and I wish I *had* visited it, but it has nothing to do with Hogwarts! pic.twitter.com/f83rxBeeyY

Potterhead visitors to Porto need not despair though… Rowling did offer a consolation prize for those disappointed by #LelloGate: while she did not ever visit Livraria Lello, she did indeed write often in the Majestic Café:

If it cheers up the people who're disappointed about the bookshop in Oporto, I wrote in here sometimes. This was probably the most beautiful café I ever wrote in, actually. The Majestic Cafe on Rua Santa Catarina. pic.twitter.com/xo2UUYzb0n

In the tweets, Rowling also poked fun at the idea that her inspiration and writing took place in actual magical-looking places.

Disappointed? Don’t be! There are plenty of cool Harry Potter sights to experience in real life. Check out our filming location guides here: