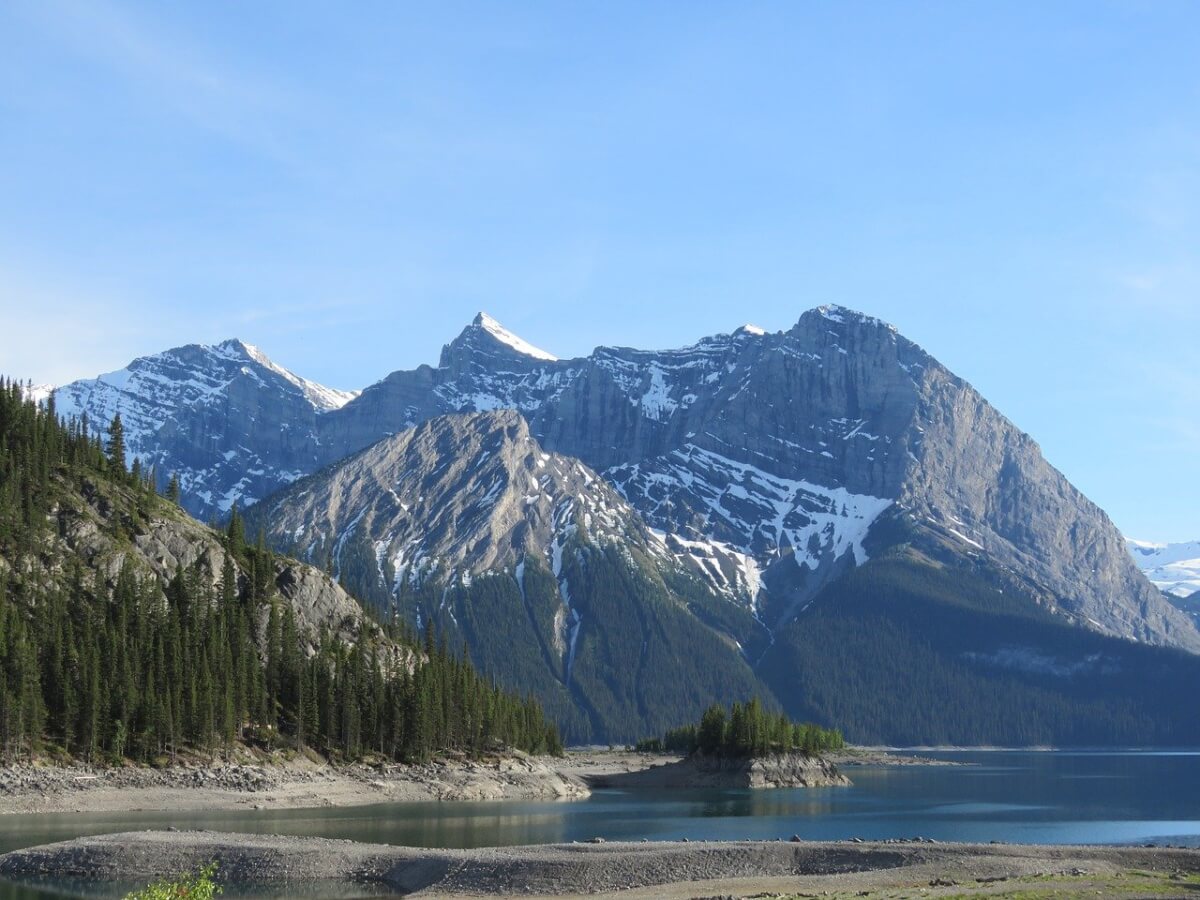 If you’re an emotional mess like we are after watching the finale of WandaVision last night, odds are you’ve been Googling a lot.

From what happened to White Vision and whether Jimmy Woo is getting his own show, to all the best WandaVision lines…

And of course, where the heck that gorgeous lake was! You know the one – seen after all the credits, where Wanda is spotted in athleisure calmly making tea (and uh, astral projecting) in her cozy little lodge.

We’ve already gone to painstaking lengths to summarize iconic WandaVision filming locations, including where Westview can be found in real life, along with Wanda and Vision’s house, the S.W.O.R.D. headquarters and more…

But that lake? That’s one mystery we haven’t been able to definitively crack.

Nonetheless, here is a quick article summarizing our top theories and research! Let us know in the comments if you can confirm the official location of Wanda’s lakeside retreat.

First: Where is Wanda’s Lake House (in the MCU)?

As with all things WandaVision, fans eagerly took the little bits of info they were given to assemble theories about where Wanda is, in the context of all things Marvel.

While of course, no fan theories can currently be confirmed (and hey, since it’s WandaVision, maybe none ever will!), here are some of the main theories as to where exactly Wanda is in her post-credits scene from the WandaVision finale.

At first glance, a lot of fans jumped to the conclusion that Wanda must be at Alkali Lake, a setting made famous by the X-Men movies.

NOTE: It could just be that they used the same filming location, but more on this later.

Alkali Lake is of course a location referenced in many of the X-Men movies – it’s where the Weapon X program was supposedly created, it’s where Logan heads back to learn more about his past in X-Men (1), it’s where Jean Grey “dies” in X2, and then comes back to life in X3.

All in all, it’s a very significant location for X-Men fans.

And after the endless disappointment with Fietro being “Ralph Bohner”, we all need something to hold onto right now.

Another predominant theory about where Wanda is hiding at the end of WandaVision is that her hideaway is located at Wundagore Mountain.

In the comics, this is where Chthon wrote the Darkhold (which Wanda can be seen magically reading in the clip) so this would make sense.

In Giant Size Avengers No. 1., this is also where Wanda and Pietro were supposedly born… and cared for by a human-cow hybrid named Bova (who gets a shoutout in Episode 2 of WandaVision with the cameo appearance from “Bova Milk”).

Some other fans saw “LAKE” and immediately jumped to some other conclusions that are far less likely than the theories mentioned above.

First, some thought that Wanda had retreated to Tony Stark’s lakeside cabin, but one quick look will show you that the cabins look completely different, plus where would Pepper and Morgan live?

Tony Stark’s lake house was actually in Georgia, and you can rent it on AirBNB!

Again, a quick look and you can tell the cabins aren’t actually the same, but it’s a nice thought.

Lastly, some romantic fans speculated she might be in Scotland.

After all, Edinburgh is where she and Vision used to live before everything went to… well, you know.

Scotland is indeed full of beautiful lakes, but the foliage doesn’t quite match up:

So, Where is that Wandavision Mountain Lake Filming Location in Real Life?

Fan theories aside, those gorgeous visuals we were shown during that post-credits scene were definitely real, so where is Wanda’s beautiful lake cabin in real life?

We already know that filming took place mainly in Atlanta and LA.

Judging by the rocky, snow-tinted mountains and pointy pines, we can assume that this scene wasn’t shot in either of these locations.

And, given that production took place mid-you know what, it’s very likely that they simply used stock footage to showcase Wanda’s lakeside retreat, rather than going out of their way to film on location for such a short scene.

The strategic fades throughout these establishing shots, and the shoutout to GettyImages and iStock in the credits would support this theory.

So, with this in mind, we scoured the web looking for clues and matches to find out the real life location of Wanda’s wooden cabin, and while we could be 100% wrong…

The closest match we’ve found for the lake is Upper Kananaskis Lake in Alberta, Canada. Check it out:

Especially from this angle, with the rocky micro-island in the center:

If this theory is true, then fans will be stoked to know this was the same filming location that featured as Alkali Lake in X2.

This area has also been used a lot for filming other famous movies, like Brokeback Mountain and the Revenant.

Given the fades though, it’s very possible the mountains we see, the overhead lake view and the rocky mountain facade/cabin view are all different places, likely enhanced with CGI or using a green screen to add Wanda in with her cabin.

Another theory we’ve seen is that the lake is in Ireland, since Ireland is referenced in the credits, but this seems unlikely given the pine trees pictured seem very North American.

For the same reason, we don’t think the fan theory of it being Scotland would make sense. Although it’s possible the story might set the scene in Scotland, and it was just filmed elsewhere.

Location-wise though, we definitely thought “Alberta” at first glance, but what do you think? Could this be it?

Do you know where the WandaVision lake is in real life?

Let us know in the comments – we’ve tried our best to find the location of Wanda’s hideout for you but nothing is officially confirmed.

If you recognize these lakes or mountains, let us know in the comments!

9 thoughts on “Where is that WandaVision Lake from the Finale Post-Credits?”