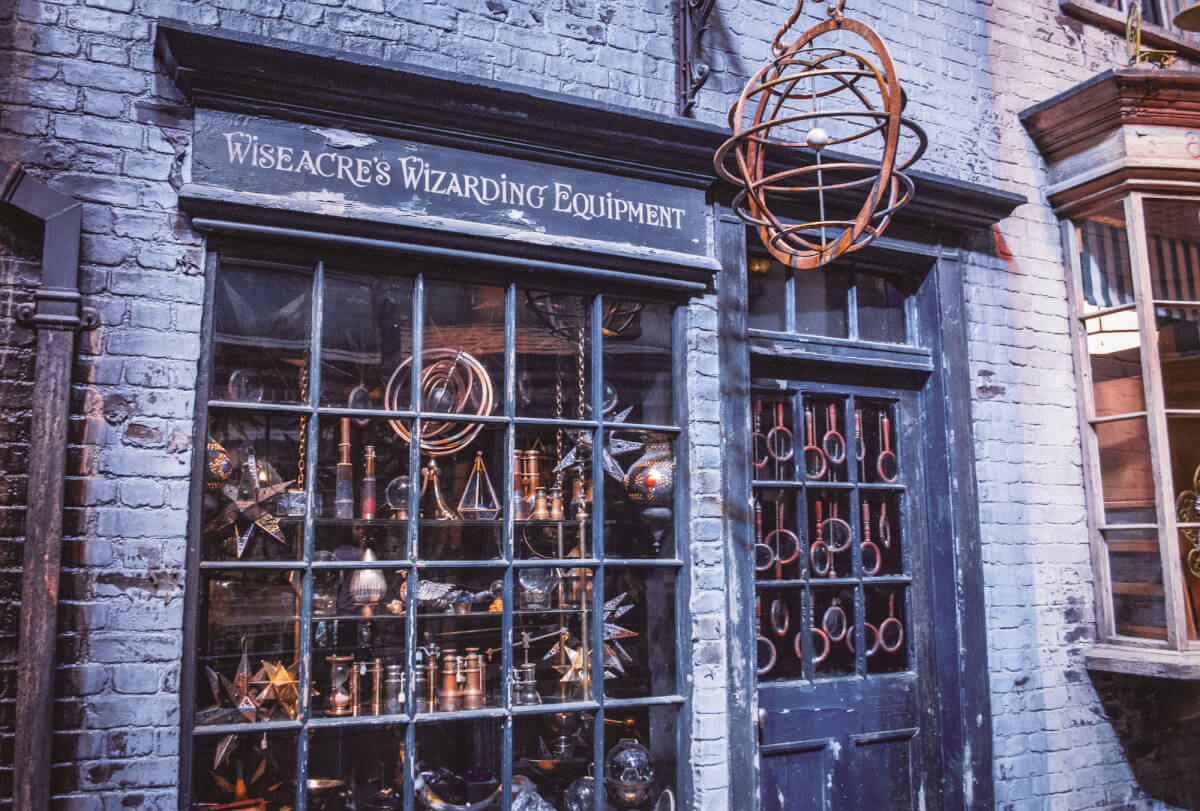 The first taste Harry Potter had of the magical world was stepping foot into the winding Diagon Alley, a hidden street in London filled with shops.

In each subsequent book and film, audiences got glimpses into Flourish and Blotts for magical textbooks, Ollivander’s for wands or Gringott’s bank for all the galleons needed to buy everything. But if you’ve ever wondered if Diagon Alley is a real place and where you can find it, worry not for we’ve done all the research for you here! Find out exactly how and where you can visit Diagon Alley in London for real.

Short answer, no, not really, unless you actually are a wizard, in which case, can you take us there, please? For the rest of us muggles, it’s possible to see places in London that inspired J. K. Rowling’s magical street, to visit the set used in the films at the Warner Bros. studios or see if you can find some of the locations in the city that were used for filming the entrance to Diagon Alley (aka the Leaky Cauldron).

Where to Find the Real Diagon Alley in London

If you want the most realistic experience of wandering the crooked street of Diagon Alley as it appeared in the films, then you will need to visit the Warner Bros. Studio Tour in Leavesden, a bit out of London proper. Here you can explore many of the original sets and costumes from the films, including the full-scale Diagon Alley set. So if you want to walk past the shops and even get a selfie in front of Weasley’s Wizard Wheezes, then this is where you need to go!

The studio tour is pretty much a must-do for all Potterheads so that you can also visit the sets used for the Gryffindor common room, the Burrow, Snape’s classroom, Dumbledore’s office and more.

Where to Find the Entrance(s) to Diagon Alley

For a taste of Diagon Alley in the actual city of London, there are a few places where scenes of people entering the alley were filmed, which you can also visit for yourself:

Leadenhall Market is one of the prettiest little spots in London, and well worth a visit! When does it appear in Harry Potter? Well, you see Leadenhall Market briefly in Harry Potter and the Philosopher’s Stone when Harry and Hagrid are headed to the Leaky Cauldron and Harry is reading about how he can choose from “An owl, a cat, and a toad…” You see the famous covered market in the background as Harry reads that line, but then they step into a smaller side street (Bull’s Head Passage) where they enter the Leaky Cauldron.

In The Prisoner of Azkaban the entrance to Diagon Alley magically relocated to one of London’s best food markets: Borough Market. After Harry gets off the Knight Bus at the Leaky Cauldron, he’s dropped off on Stoney Street between Park & Southwark.

In the Half-Blood Prince opening sequence you see some Death Eaters swooshing through an alleyway into Diagon Alley. This filming location (if you pause the clip at exactly the point before they go through the wall) was filmed at 12 Great Newport Street. So, if you’re a superfan, you could go here dressed as a Death Eater for a pic!

It’s also widely debated that J. K. Rowling was inspired to describe Diagon Alley because of a real-life location. Hard-core Potter fans argue over which one of these was the ‘actual’ inspiration for her creation but we think you should just visit both and decide for yourself!

There are so many nostalgic side streets hidden in Central London, and Goodwin’s Court is one of them, located steps away from Leicester Square Tube Station. What makes this particular street so special? Basically, it’s a dead ringer for Diagon Alley, crammed with ornate window frames and gaslight lamps that look like something from Victorian London. Another street that is considered to have given J. K. Rowling her inspiration for Diagon Alley is…

Also close to the Leicester Square Tube Station is this 17th-century lane filled with beautiful shopfronts and renowned for its many wonderful bookstores! There are also lots of antique shops selling everything from unique maps to esoteric goods and one-of-a-kind jewellery and art. It definitely feels like you might just stumble into Flourish and Blotts…

Save this guide on how to find Diagon Alley in London for later! Pin this graphic on Pinterest: 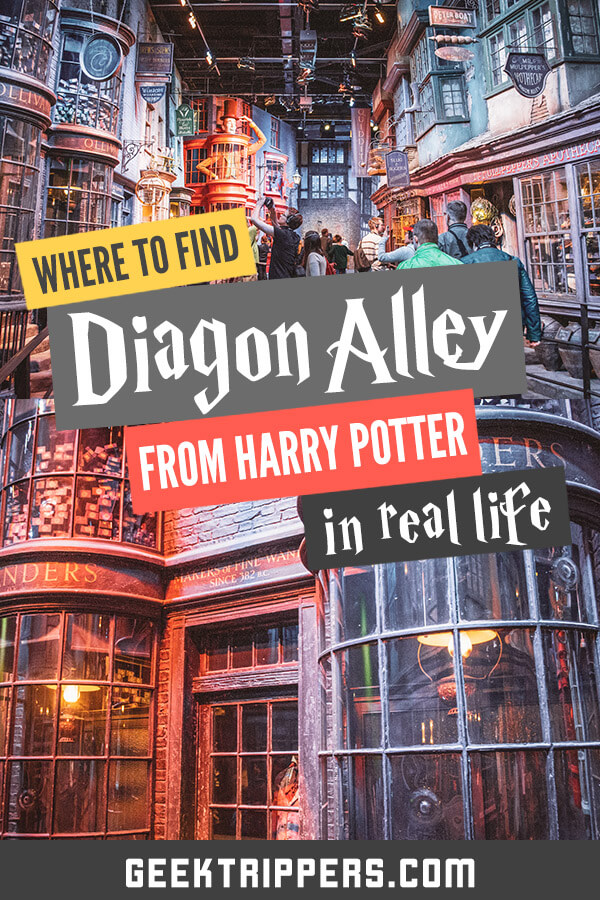