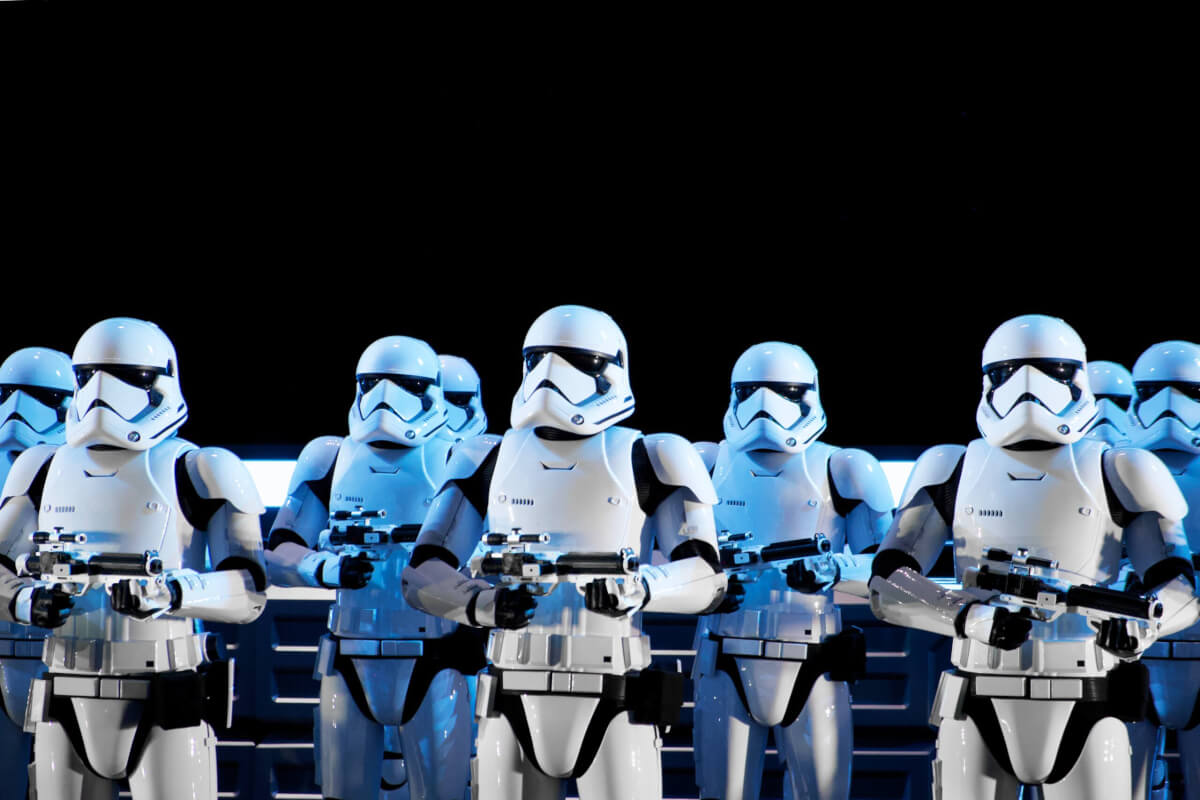 Stormtroopers, the shock troops of the Galactic Empire, may often be ridiculed for their terrible aim, but they tend to have some zingers when it comes to speaking their minds.

Here’s a list of the best Stormtrooper quotes throughout the films they’ve appeared in, as well as a popular video game!

They may say very little, but they get their point across. Here’s a list of some iconic Stormtrooper lines:

“Stop that ship! Get them!” Star Wars: Episode IV – A New Hope

“The Death Star plans are not in the main computer.” Star Wars: Episode IV – A New Hope

“Someone was in the pod. The tracks go off in this direction.” Star Wars: Episode IV – A New Hope

“Who are you?” Star Wars: Episode V – The Empire Strikes Back

Stormtroopers are often ridiculed for their terrible aim and lacklustre battlefront skills. Here are some of the most laughable Stormtrooper lines:

Battlefront II was the latest first and third-person shooter game based on the Star Wars films. Players take on the role of soldiers in either of two opposing armies, and there are a plethora of one-liners from Stormtroopers in this particular game. Here’s a few of our favourites:

“Skywalker? No one told me anything about Skywalker! I’m getting outta here!”

“Let’s show him what a disturbance in the Force he really is!”

“Blowing stuff up never gets old!”

“Save some for the rest of us!”

“Shut down the droid!”

“Take out the droids!”

Did We Miss Any of Your Favourite Stormtrooper Quotes?

Let us know in the comments below! May the Force be with you.