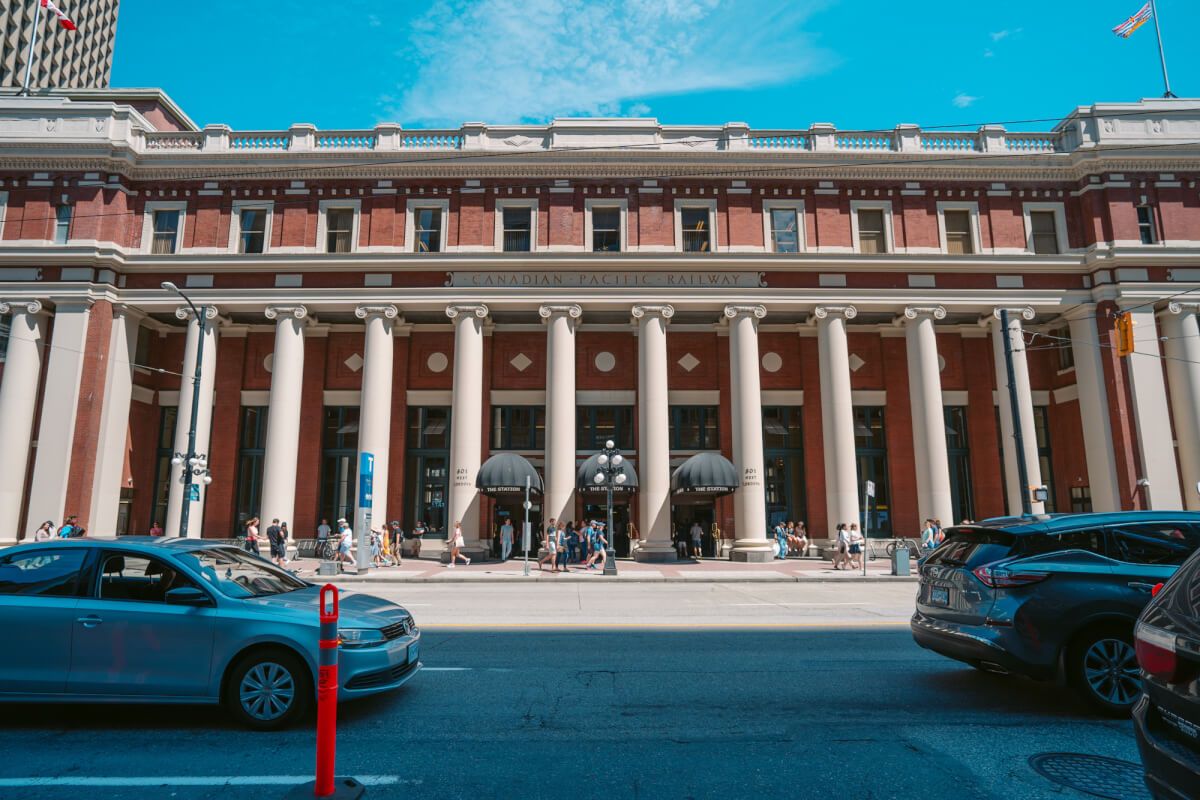 ABC’s Once Upon a Time has always been one of our favourite shows… after all, with plenty of romance, drama, and fairytales, what more could you want?

Well, how about visiting all the magical places featured in the show for yourself? If you’ve ever wondered to yourself over the years “where was Once Upon a Time filmed” or “does Storybrooke exist in real life?” then you’re in luck. Here is your complete guide to all the wonderful places that OUAT has filmed at over the years…

The #1 filming location for Once Upon a Time is by far the adorable little fishing village of Steveston, which stood in as Storybrooke for every season and continues to retain the same small town charm even today.

For a full rundown of Storybrooke locations you can visit in Steveston, visit this full guide here.

Here’s a quick summary of all the wonderful spots you can visit in Steveston though to see some Storybrooke action in real life:

The Lower Seymour Conservation Reserve is a gorgeous nature park in North Vancouver that was used several times as a filming location in Once Upon a time. Most notably, this reserve is where you can find Troll Bridge (in real life it’s known as the Spur 4 Bridge), and also the river where Ruby wakes up in Season 2 (known as Spur 7 Beach).

Fun fact: this park was also used extensively to film the X-Files.

Granny’s Bed and Breakfast, AKA the Haswell Residence

While it’s not a real bed and breakfast, Granny’s Bed and Breakfast is housed in a building that’s just as charming as what you see in OUAT. Dating back to 1910, the Haswell Residence is the real life filming location of Storybrooke’s quaintest B&B… just don’t expect to book a stay here anytime soon.

Mr. Gold’s spooky cabin (also seen when Margaret and David) are trying to escape the rain is a real-life cabin that you can find in North Vancouver’s Murdo Frazer Park. Built in 1950, this cabin is not available for rentals or anything, but it’s located in a gorgeous and serene park that is well worth a visit.

Storybrooke Cemetery, AKA the Boal Chapel and Memorial Gardens

While we don’t think visiting a cemetery in search of filming locations is necessary, here’s one final North Vancouver location for the sake of being thorough. In Season 1, you might recall the moody cemetery where Emma and the Hunstman get their wolfy surprise. Well, the real life location of this cemetery is the Boal Chapel and Memorial Gardens in North Vancouver.

Wondering where Geppetto managed to find a magic tree? Well the real life answer to this is Capilano Suspension Bridge Park, a beautiful lush park in North Vancouver… just don’t go snooping around for magic trees – we’re not sure there are any left.

In the very first episode of the series, we see Henry getting dropped off here by his bus. This beautiful station is in reality Vancouver’s Waterfront Station, located in the heart of the downtown core.

The high-end restaurant where we see Emma having her “date” in the series’ first episode is actually Gotham Steakhouse in downtown Vancouver. The area outside of this restaurant can also be clearly seen in these scenes as well.

In one of Emma’s flashbacks in Season 2, we see her picking up bags from a train station locker… well instead of filming on location in Portland, they just used the Pacific Central Station (Vancouver’s main train station) instead. It’s a pretty little station – you should definitely check it out!

In another Portland flashback, we see Emma and Neal breaking into a hotel room… well, this hotel is actually the City Centre Motor Motel located near downtown Vancouver. You might also recognize it from Arrow.

Neal & August’s Meeting Spot in Vancouver, AKA the Helijet Heliport

In one of the rare moments when Vancouver actually plays itself in Once Upon a Time, the Helijet Heliport near Vancouver’s waterfront station plays the scenic spot where Neal and August meet up in Vancouver a few months after… well, you know what.

You have to admit, love or hate him, our beloved Mad Hatter had one seriously gorgeous house… and this real-life house can be found in Vancouver at 3802 Angus Drive.

Well, it’s not exactly HIS beach but I’m sure any fans will remember what happened here when Geppetto washed up on shore. Sad things aside, this park is actually one of the prettiest parks in Vancouver! In real life, it’s known as Whytecliff Park, and it is well worth a stop regardless of its status as a Once Upon a Time filming location.

NOTE: Chantey’s Lobster House was also filmed at a concession stand at this park.

If you’re looking for the real life location of Mayor Regina’s swanky home, then you need to venture to New Westminster’s John H. McDonald House, a gorgeous colonial revival house that has been used for several productions over the years, including Viola’s digs in She’s the Man.

The mysterious charm of Mr. Gold’s house always made it one of our personal favourite locations in Storybrooke and Once Upon a Time, so we were really happy to discover this is a real-life house that you can find in New Westminster! Known locally as the Charles Murray Residence, this glorious Queen Anne revival-style mansion was built in 1890.

The distinctive and adorable yellow Storybrooke Town Hall is (in real life) an actual event space/hall that you can rent in Fort Langley, BC. TV fans might recognize this spot from a few other productions as well, including Riverdale, which films extensively in the area to capture the perfect small town vibes.

The Sisters of Saint Melissa Convent, AKA Burnaby Village Museum

Those seeking a blast from the past should definitely look into visiting the Burnaby Village Museum, which stands in as the Sisters of Saint Melissa Convent but in real life houses a nostalgic display straight out of the 1920s, with costumed performers, a vintage tram, and even a classic carousel.

Another Burnaby location used in Once Upon a Time was Deer Lake Park, which was used to film scenes involving Aurora and Mulan’s camp in Season 2.

Of course, another Burnaby park also features heavily as a filming location for Once Upon a Time. Burnaby’s Central Park (yes, just like the one in New York!) was used for many scenes, particularly as stand-in for Camelot (click here to see cool set photos).

Kerrisdale in Vancouver, BC

If you want to scope out the school where Snow White, I mean… Margaret teaches (and also of course where Henry goes to school), this Once Upon a Time filming location can be found at Kerrisdale Elementary in a charming neighbourhood of Vancouver by the same name.

The real life stand-in for Storybrooke General Hospital is actually an abandoned mental hospital, which makes things a loooot creepier if you think about it. Nonetheless, if you want to see the filming location for Storybrooke General Hospital, you’ll find it in Coquitlam, BC at the Riverview Hospital. As we mentioned though, this is an abandoned area so visit at your own risk. It’s well known as one of the creepiest places in the Lower Mainland.

Given that so much of Once Upon a Time filmed in Vancouver and its surrounding areas, it might surprise a few of you to know that they did actually film on location in New York City during Neal Cassidy’s flashback seasons in the Season 2 opener. Some famous New York spots you might recognize include Central Park and and the 5th Avenue / 59th Street Station.

Gastown in Vancouver, BC

But while they did shoot some small clips of New York City in the actual place, they went for the most more affordable option (e.g. using Vancouver instead) for many of the series’ New York City bits. Most of these scenes made use of the picturesque downtown Vancouver neighbourhood known as Gastown. Here are some spots in Gastown that were used in filming Once Upon a Time:

Last but not least, the private property that subs in for Cruella’s epic mansion can be found in Surrey on 13828 Crescent Road.