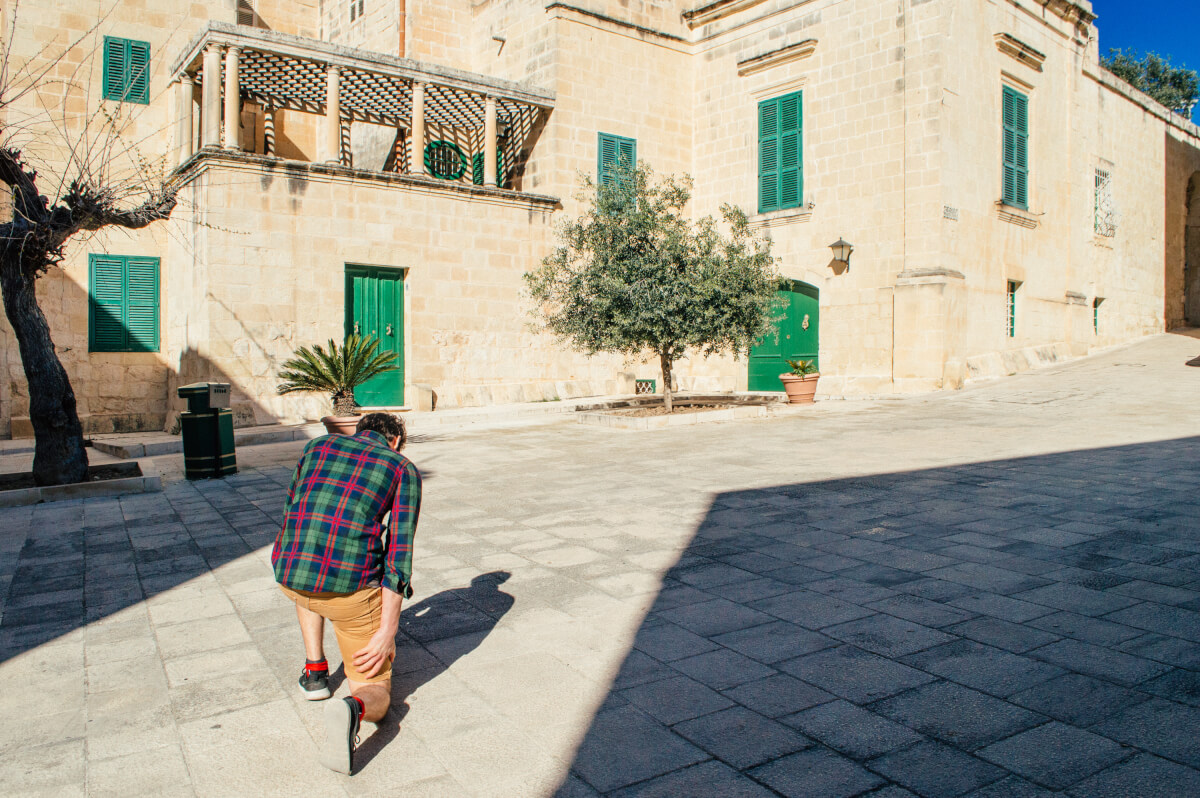 Looking for a list of locations ft. Mdina in Game of Thrones? Read on for a full guide filled with locations, scenes, and more!

While the Mediterranean island country of Malta was only used for filming during season one of Game of Thrones, that doesn’t mean you shouldn’t make the journey to visit! Along with other parts of this stunning island, the ancient city of Mdina was used for some very memorable scenes, particularly because of its fortifications. Mdina, also known as “The Silent City” was the capital of Malta from antiquity up until the medieval period. Even though it’s no longer the capital, this UNESCO World Heritage site is now one of the most popular tourist destinations in Malta.

Mdina in Game of Thrones: Filming Locations to Visit

The first season is pretty iconic Game of Thrones, this is when all the shocking moments first wowed fans and began the global phenomenon. While later seasons didn’t see cast and crew returning to Malta to film, many of these filming locations in Mdina will be instantly recognisable – not to mention beautiful to visit!

The Mdina Gate is the main gate to enter the city through the surrounding walls. Built in 1724 in a Baroque style, the gate is accessed over a bridge and then you go under the main opening and past the gatehouse. If it looks familiar that’s because it featured as the ‘slightly less obvious’ entrance to King’s Landing that Catelyn Stark rides through during episode three of season 1, as well as being the spot she later says a passionate goodbye to Ned.

Not far from Mdina Gate is the cute Mesquita Square. This square was used for a few different scenes throughout season one because it served as the exterior of Lord Baelish aka Littlefinger’s brothel. With pretty green doors and window shutters, it’s a lovely spot to get some photos or just take a break from exploring King’s Landing, errr Mdina!

The Streets of Mdina

We can’t really list every street, but quite a few scenes from season one that took place in the alleyways of King’s Landing were filmed throughout Mdina’s cobblestoned streets. Mdina actually has a no cars policy, so pretty much everywhere you walk will feel a little like you’re on the set of Game of Thrones. We recommend just getting lost and enjoying those flashes of deja vu…

Want to see the scenes to jog your memory? Here’s the iconic moment Catelyn Stark arrives in King’s Landing, aka the Mdina Gate:

Who could forget when Catelyn pops her head out of the brothel to hiss at Ned? This scene was filmed in Mesquita Square:

And here’s the (sob) last time Catelyn ever sees her husband Ned, before riding back through the Mdina Gate:

One of the scenes filmed in a random cobbled alleyway of Mdina is this one where Ned meets (spoiler – the man who’ll later take his daughter Arya’s virginity!) Gendry:

Mesquita Square becomes less of a nice spot when Jaime Lannister retaliates against Ned for Catelyn’s capture of Tyrion:

Did you enjoy this guide to Mdina in Game of Thrones? Save it on Pinterest for later: 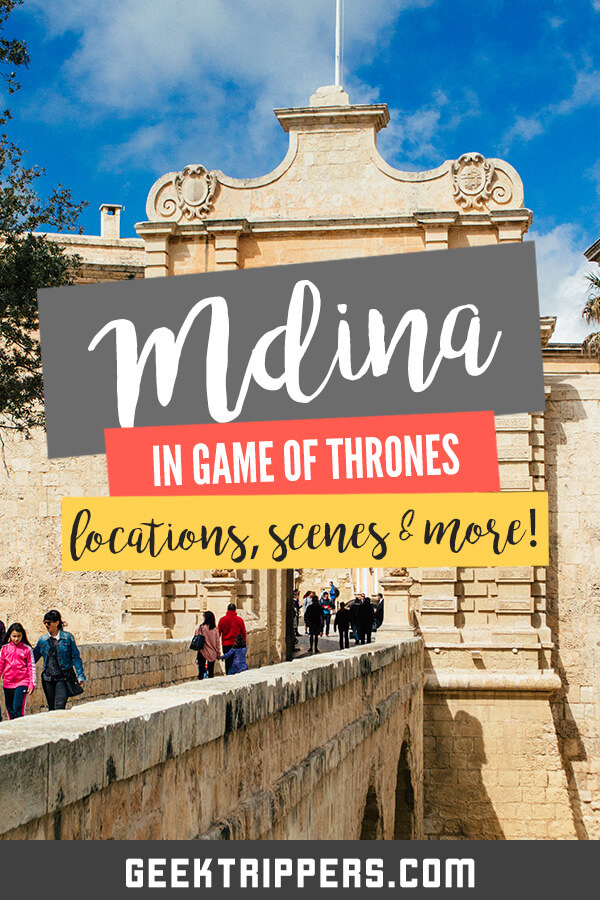