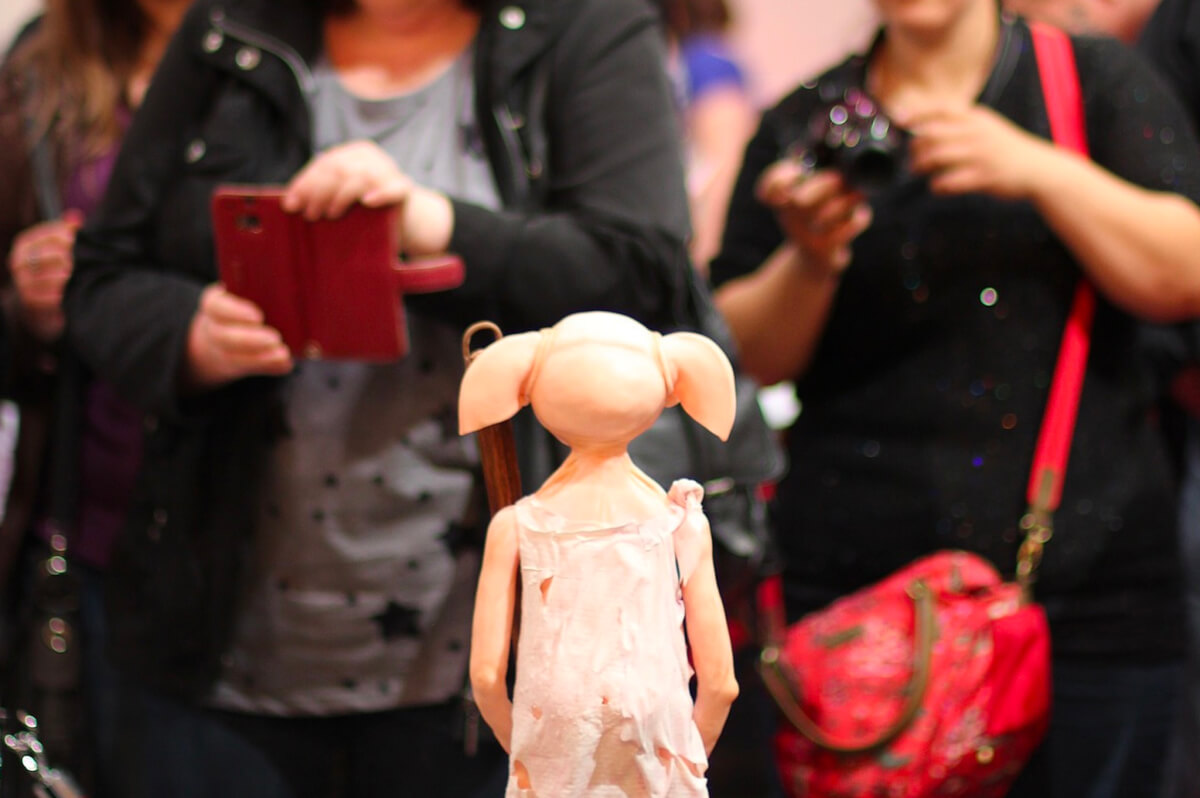 “Master has given Dobby a sock – Dobby is free!”

With just a single line, the character of Dobby the house-elf spawned a million memes that Potterfans have been using for their graduation (and other events) ever since.

There is, of course, much more to this strange yet endearing elf from the Harry Potter series, especially once we learned more about house-elf enslavement and saw Dobby’s final tear-jerking goodbye.

Since then, Dobby has became a character beloved by viewers (and readers) of Harry Potter, and not just because he was often hilarious.

So in honor of Dobby, we’ve put together this list of all the best Dobby quotes that show why he became so popular and is still remembered fondly years later.

The Most Iconic and Famous Dobby Quotes

We can’t start without mentioning the most well-known quotes from Dobby – which you probably already know by heart, right? These are the most iconic and famous lines Dobby the house-elf uttered.

“Master has given Dobby a sock. Master has presented Dobby with clothes. Dobby is… free.” Harry Potter and the Chamber of Secrets

“Bellatrix Lestrange: You stupid elf! You could have killed me!
Dobby the House Elf: Dobby never meant to kill! Dobby only meant to maim, or seriously injure!” Harry Potter and the Deathly Hallows: Part 1

Most of the time, Dobby was funny because of how he said things and the crazy way he ‘punished’ himself for saying things he shouldn’t. We’ve still managed to find the funniest lines from Dobby, that made us laugh and should be remembered.

“Harry Potter: [Dobby has just made Aunt Petunia’s cake float in midair; horrified] Dobby, please, no!
Dobby: Harry Potter must say he is not going back to school.
Harry Potter: I can’t. Hogwarts is my home!
Dobby: Then, Dobby must do it, sir… For Harry Potter’s own good.” Harry Potter and the Chamber of Secrets

“Dobby: Listen… Listen, Terrible things are about to happen at Hogwarts. Harry Potter must not stay here, now that history is to repeat itself.
Harry:  Repeat itself? Do you mean that this has happened before?
Dobby: [horrified gasp; covering his mouth with his hands] Oh! I shouldn’t have said that!” Harry Potter and the Chamber of Secrets

“Luna Lovegood: Whenever you’re ready, Sir.
Dobby the House Elf: “Sir”? I like her very much.” Harry Potter and the Deathly Hallows: Part 1

The Most Inspiring and Brave Dobby Lines

For such a small and timid creature, Dobby managed to be both brave and inspiring. His quest for freedom and choice to help others are perfectly highlighted in these best brave Dobby quotes.

“Harry: Dobby? What are you doing here?
Dobby: Dobby’s come to rescue Harry Potter, of course.” Harry Potter and the Deathly Hallows: Part 1

The Saddest Lines by Dobby

Ultimately, Dobby’s life is quite sad, with brief periods of happiness after he meets Harry. These are the saddest Dobby quotes that can still bring a tear to our eyes.

“Harry: Dobby, shush! I’m sorry, I didn’t mean to offend you or anything.
Dobby: Offend Dobby? Dobby has heard of your greatness, sir, but never has he been asked to sit down by a wizard! Like an equal.
Harry: You can’t have met many decent wizards then.
Dobby: No, I haven’t.” Harry Potter and the Chamber of Secrets

“Dobby: Dobby had to punish himself, sir. Dobby almost spoke ill of his family, sir.
Harry Potter: Your family?
Dobby: The wizard family that Dobby serves, sir. Dobby is bound to serve one family forever… if they ever knew Dobby was here! Oooo!” Harry Potter and the Chamber of Secrets

“Harry: YOUR Bludger? YOU made that Bludger chase after me?
Dobby: Dobby was most aggrieved, sir. Dobby had to iron his hands.” Harry Potter and the Chamber of Secrets

“Dobby is used to death threats sir. Dobby gets them five times a day at home.” Harry Potter and the Chamber of Secrets

“Harry: I don’t suppose you could tell me why you’re trying to kill me?
Dobby: No! Not to kill you, sir. Never kill you. Dobby remembers how it was before Harry Potter triumphed over He-Who-Must-Not-Be-Named. We House elves were treated like vermin, sir… Of course, Dobby is still treated like vermin.” Harry Potter and the Chamber of Secrets

“[about the dirty pillowcase he wears] ‘Tis a mark of the house-elves enslavement. Dobby can only be freed if his master presents him with clothes.” Harry Potter and the Chamber of Secrets

“[as he dies] What a beautiful place… to be with friends. Dobby is happy to be with his friend… Harry Potter.” Harry Potter and the Deathly Hallows: Part 1

A lot of great scenes with Dobby were left out of the films, which is a shame. But don’t worry, we’ve collated the best Dobby quotes from the books here, in case you haven’t read or don’t remember them!

“Oh, no, sir, no,’ said Dobby, looking suddenly serious. ‘Tis part of the house-elf’s enslavement, sir. We keeps their secrets and our silence, sir, we upholds the family’s honour, and we never speaks ill of them – though Professor Dumbledore told Dobby he does not insist upon this. Professor Dumbledore said we is free to – to’ Dobby looked suddenly nervous, and beckoned Harry closer. Harry bent forwards. Dobby whispered, ‘He said we is free to call him a – a barmy old codger if we likes, sir!’ Dobby gave a frightened sort of giggle.” Harry Potter and the Goblet of Fire

“Professor Dumbledore offered Dobby ten Galleons a week, and weekends off,” said Dobby, suddenly giving a little shiver, as though the prospect of so much leisure and riches were frightening, “but Dobby beat him down, miss. . . . Dobby likes freedom, miss, but he isn’t wanting too much, miss, he likes work better.” Harry Potter and the Goblet of Fire

“Socks are Dobby’s favorite, favorite clothes, sir!” he said, ripping off his odd ones and pulling on Uncle Vernon’s. “I has seven now, sir. . . . But sir …” he said, his eyes widening, having pulled both socks up to their highest extent, so that they reached to the bottom of his shorts, “they has made a mistake in the shop, Harry Potter, they is giving you two the same!” Harry Potter and the Goblet of Fire

“Dobby is a free house-elf and he can obey anyone he likes and Dobby will do whatever Harry Potter wants him to do!” Harry Potter and the Half-Blood Prince

“Yes, Harry Potter!” said Dobby at once, his great eyes shining with excitement. “And if Dobby does it wrong, Dobby will throw himself off the topmost tower, Harry Potter!”
“There won’t be any need for that,” said Harry hastily.” Harry Potter and the Half-Blood Prince

Did We Miss Any of Your Favourite Dobby Quotes?