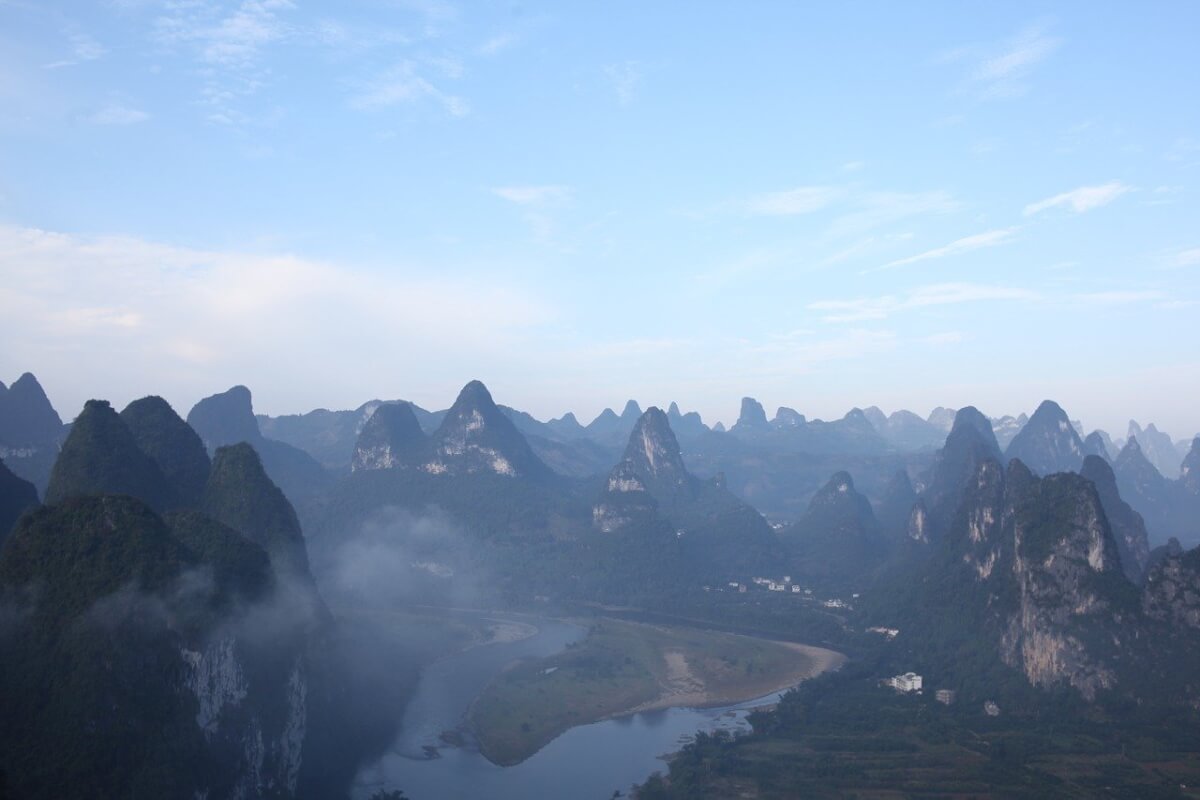 When you think of your favorite things about Star Wars: Episode III, beautiful scenery is probably not the first thing that comes to mind. But Revenge of the Sith filming locations are overlooked gems worth discussing.

If you’re like most fans, focused on Anakin’s fall to the Dark Side and Yoda’s epic duel with Palpatine, you may not even remember the scenes with real life filming locations. That’s because Revenge of the Sith didn’t have very many and most were at the end.

But while these scenes were brief, they are extremely significant to the story.

Have you ever wondered where Chewie was from, what Alderaan looked like before the Death Star got to it, or if the fires of Mustafar were real? Well, I’ve tracked down all those answers and more so let’s jump to light speed and get started!

Where Was Revenge of the Sith Filmed? A General Overview

Revenge of the Sith was released in the US on May 19, 2005–the “Sith” anniversary of the The Phantom Menace release. Filming took place from June 2003 to September 2003 with additional photography from August 2004 to January 2005.

While most of Episode III was filmed in studios in Australia and England, George Lucas used real-world locations to bring Kashyyyk, Alderaan, and the fires of Mustafar to life. Thailand and China became Kashyyyk, Switzerland served as the backdrop of Alderaan’s palace, and Italy’s Mount Etna provided the lava of Mustafar.

Fun Fact: Hayden Christensen convinced Lucas to allow him to wear the Vader suit instead of a taller actor. To fit in the suit, Christensen had to bulk up and also wear shoe lifts.

Lucas decided to film the final scene of Obi-Wan taking Luke to Owen and Beru on Tatooine during the filming of Attack of the Clones. He knew how the prequels would end and knew he wouldn’t want to return to Tunisia for one short scene. That’s some insane forethought.

Now let’s see why these filming locations are so special.

Revenge of the Sith Filming Locations: A Full List!

It’s kind of necessary to list and address these two Revenge of the Sith filming locations together. The ILM crew combined shots from Phang Nga Bay, Thailand, and Guilin, China, along with impressive miniature sets to create the planet of Kashyyyk, home of the Wookiees.

Check out this behind the scenes video to see how ILM created the miniature sets for the planets in Revenge of the Sith.

The karst limestone features of Ao Phang Nga National Park and Guilin National Famous Historical and Cultural City look incredibly similar. When you watch the battle of Kashyyyk in Revenge of the Sith, it’s honestly hard to tell which filming location you’re seeing.

I’ve scoured the internet looking for coordinates of the exact locations but it’s like the Jedi who survived Order 66: no one knows exactly where they are. However, one thing that nerdy travellers are saying about these Revenge of the Sith filming locations is that once you’re there, you know you’re in Kashyyyk.

Kashyyyk: On Screen & On the Page

Long before it appeared in a Revenge of the Sith filming location, the first time fans got to see Kashyyyk was in the 1978 Star Wars Holiday Special. Though it introduced us to Kashyyyk and Chewie’s family, the “exterior shots” were all animated.

Did you know: the Star Wars Holiday Special was the first appearance of Boba Fett.

When watching the Holiday Special you might get the impression that Kashyyyk is pretty much the same as Endor, but the two planets are actually quite distinct. I recently read Timothy Zhan’s Heir to the Empire and I loved reading Leia’s description of Kashyyyk.

“Filling the entire gap between the group of massive trees, apparently hanging in midair, was a city.

Not just a collection of primitive huts and fires like the Ewok tree villages of Endor. This was a real, genuine city, stretching out over a square kilometer or more of space.

Even from this distance she could see that the buildings were large and complex, some of them two or three stories high.”

She goes on to describe how the enormous tree trunks appear to be “giant brown columns supporting a rooftop of clouds.”

It was among these clouds and treetops and the beach below that the Wookiees fought against the droid army in the battle of Kashyyyk. After Order 66, Yoda says goodbye to Chewbacca and Tarfful as he escapes to Coruscant to face Darth Sidious.

Kashyyyk–and the Revenge of the Sith filming locations that depict it–is special because it’s a link between the original and prequel trilogies. Much like the other Episode III filming locations.

Now, for the scene you’ve been waiting for: the birth of Darth Vader.

Anakin and Obi-Wan’s lightsaber duel probably would have been all model art and CGI if Mount Etna hadn’t decided to erupt during production.

When the 10,000 foot volcano erupted in 2003, George Lucas sent a crew down to the island of Sicily to capture footage of the molten lava. The mountains and lava river you see in the film were created by ILM’s miniature builders but the eruptions are from Mount Etna.

Fun Fact: according to the biography “George Lucas: A Life,” Steven Spielberg served as a guest director for the Mustafar duel scenes.

After Anakin Force chokes Padme and she leaves Mustafar with Obi-Wan, she goes into premature labor. The birth of the Jedi twins takes us into the final scenes of the film.

Obi-Wan, Yoda, and Senator Organa agree that Padme and Anakin’s children should be separated and hidden from the Emperor. As you probably know, Bail Organa adopts Leia and takes her to his home planet, Alderaan.

Home of the famous hair buns, the mountains of Alderaan are actually the Swiss Alps in real life. The scene is brief but gives a spectacular view of the Alderaanian mountains at what appears to be sunset.

Senator Organa walks out onto a palace balcony and presents Leia to his wife, Breha, with the stunning mountains in the distance behind them. Sadly, the next time we hear of Alderaan in the saga is in Episode IV when it’s…you know…I can’t say it. *insert Luke’s ugly cry*

After seeing Leia in her new home, the film jumps from Alderaan to Tatooine to show Obi-Wan delivering Luke to Owen and Beru Lars. As mentioned before, this was the first scene filmed for Revenge of the Sith as Lucas decided to film it during the making of Episode II.

This final scene takes us back to the Lars homestead in Tunisia, ending the prequels where the saga began. Owen and Beru, with swaddled Luke in arms, watch the binary sunset from the same spot where Luke watches the twin suns in Episode IV.

Did we miss any other Revenge of the Sith filming locations?

We hope you enjoyed this guide to all of the Star Wars: Episode III – Revenge of the Sith filming locations. Let us know in the comments if we missed any locations or if you catch any inaccurate information.

Also, if you have visited any of these filming locations, please tell us all about it in the comments!

Janie is a digital nomad currently living in southern Spain with her husband and two pups, Rey and Obi...yes, named for the Star Wars characters, of course! Originally from California, she loves hiking and exploring the great outdoors. She also enjoys finding ways to practice the Jedi philosophy in daily life and hopes to someday pass the Jedi Trials.