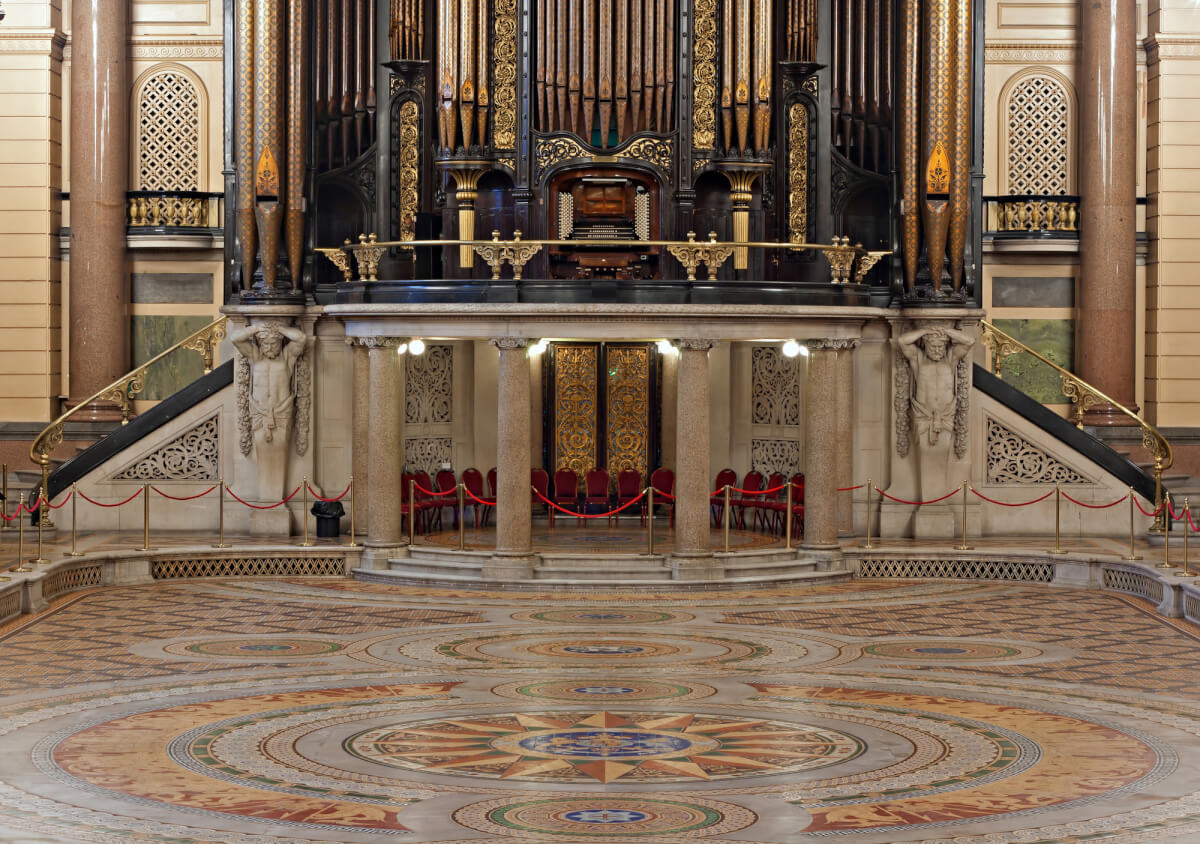 For anyone who grew up loving the Harry Potter series, the Fantastic Beasts films are like a joyful return to the magical Wizarding World.

Not only do we get to revisit the Wizarding World, but we also get to go back in time and see places like New York and Paris during the 1920s. With two films in the series released so far, and three more to come, there will definitely be plenty of exciting locations to explore!

We found a lot of the information for this post (but not all of it) in this great video series about the making of the films, which we definitely recommend. But if you don’t have time, let’s dive right in here.

If you have been wondering ‘where was Fantastic Beasts filmed’, then you might just be surprised by some of the locations where they actually shot pivotal scenes from Newt’s adventures! Read on for a full roundup.

While most of the action in Fantastic Beasts and Where to Find Them takes place in 1920s New York, the entire movie was actually filmed in the United Kingdom.

That’s right, everything you see that you would swear is actually New York was either a set built at the Warner Brothers Studios, and/or the work of CGI magic!

Many of the New York street scenes were built on location at the Warner Brothers Studios in Leavesden, London. This includes the entrance to the Woolworth Building, a real building in New York City, which was also the entrance to MACUSA (the American version of the Ministry of Magic).

The film-makers traveled to New York to see the incredible building, which was the tallest in the world at the time of the film’s events, and features an owl in the magnificent entrance arch. Then they recreated it on set in England!

If you look at the Warner Brothers Studios on Google Maps with the satellite image, you can see plenty of sets behind the Harry Potter studio tour as it is still a working studio.

When Newt Scamander first arrives in New York City, he departs a boat at the New York Docks. This scene was filmed inside the Cardington Hangars, two huge former airship sheds at Cardington Airfield. What was once a Royal Air Force station, these sheds are now often used as studios for film and television.

You can’t enter the studios by yourself, but you can look out them from outside if you want!

The few scenes actually filmed on location for Fantastic Beasts 1 were all filmed in the city of Liverpool in England. This is because Liverpool and New York of the 1920s had very similar building styles but there are more intact buildings of that style in Liverpool than there are in New York!

The scenes inside the bank where Newt meets Jacob and chases a rogue Niffler, were actually filmed inside the Martins Bank Building, an actual former bank in Liverpool. It’s a Grade II Listed Building (particularly important buildings of more than special interest), so many of the original and beautiful bank features are still intact.

For the scenes where Newt, Jacob, Tina and Queenie track down the Occamy inside the Macy’s department store, the Cunard Building in Liverpool was used to depict Macy’s.

The Cunard Building (another Grade II Listed Building) was once home to the Cunard Line, which operated cruise ships across the North Atlantic. What used to be the Cunard’s ticketing hall was used to create the interior of Macy’s.

New York City Hall was the location for two main events in Fantastic Beasts, most notably for where Shaw’s political rally is held and where the Thunderbird flies away at the end of the movie.

Both these scenes were created at St. George’s Hall in Liverpool, a Grade I Listed Building (buildings of exceptional interest), as it is a beautiful Neoclassical building both inside and out.

The political rally scenes were filmed inside the Great Hall, while the exterior was added to with CGI for the scenes when Frank the Thunderbird flies over the city.

Fantastic Beasts: The Crimes of Grindelwald Filming Locations in the United Kingdom

Just as with the first film, there aren’t actually any Fantastic Beasts locations in Paris, because once again 1920s Paris was recreated in England on the Warner Brothers Studios lot.

Fantastic Beasts: The Crimes of Grindelwald was set mainly in Paris (with some events occurring in London and at Hogwarts), but all of the filming was done either on set or on location in the United Kingdom.

The filmmakers did a great job of creating a magical 1920s version of Paris on set in England. Even scenes like the one with Credence and Nagini in an attic with the Eiffel Tower behind them was actually created on set, with a green-screen to add in the tower.

While J.K Rowling had specific spots in Paris in mind when writing the script, the filmmakers visited them in Paris, then returned back to the set to create them how they wanted. This includes the entrance to the Paris version of Diagon Alley as well as the incredible entrance and interior of the French Ministry of Magic.

When Newt is beckoned by a floating hand up to the roof of St. Paul’s Cathedral while standing in one of the side streets, he’s actually standing in front of a sign that reads Merion Street, which, according to the Harry Potter wiki, existed back in 1926.

There’s no such street in real life, but the location does feel similar to Godliman Street, next to St. Paul’s. Of course, Eddie Redmayne and Jude Law didn’t actually climb up onto the cathedral’s roof, that was shot on set with some green-screen magic.

As they continue their conversation in a foggy London, they walk through Trafalgar Square (you can see the shadowy shapes of the lions that guard Nelson’s Column), and Embankment, although these may have also been created using CGI.

At the end, the pair stand on the Lambeth Bridge, which is quite a hike away from St. Paul’s if you can’t apparate!

Many films use the Seven Sisters as a stand-in for the Cliffs of Dover, since they’re so similar with the chalky white cliffs. However, Dover is quite built up since so many ferries cross the channel there, so movies often film at the more remote Seven Sisters.

As Jacob and Newt discuss Tina before departing England for Paris, they are walking on top of the Seven Sisters cliffs. This is where they then take the bucket portkey across the channel to Paris. Definitely quicker than normal crossings!

While in Paris, Grindelwald calls his followers to an amphitheater that’s underneath the Cimetière du Père Lachaise; which is the largest, most famous and most visited cemetery in Paris. Notable figures who are buried there (in real life) include Chopin, Oscar Wilde and Jim Morrison.

There isn’t actually an amphitheater underneath, that was created on set in England. The scenes shot showing witches and wizards in the cemetery were also actually filmed at Highgate Cemetery in London, and just made to look like it was Paris with CGI backdrops!

Highgate Cemetery is also very famous in London (and very beautiful), with notable graves including those of Douglas Adams, George Michael and Karl Marx.

Hogwarts School of Witchcraft and Wizardry

Of course, in flashbacks and ‘real-time’, audiences get to accompany Newt back to Hogwarts where we see a younger version of Dumbledore as a teacher before he became Headmaster.

For these scenes the filmmakers returned to Lacock Abbey, which was also used to bring Hogwarts to life in the first two Harry Potter films. Both exterior and interior scenes at Hogwarts were filmed here for Fantastic Beasts. Nostalgia is a powerful force!

In the first Fantastic Beasts film we got to explore Newt’s magical suitcase menagerie but in The Crimes of Grindelwald we also get to see his whole house. And while the main rooms are pretty normal, his magically enlarged basement is truly wondrous.

The exterior shots of Newt’s London home were filmed in the row of houses surrounding St. Mary’s Gardens, in Lambeth, London. The interiors were, of course, created on set and with a generous dollop of CGI to create Newt’s magical zoo/veterinary practice!

Did We Miss Any of Your Favorite Fantastic Beasts Filming Locations?