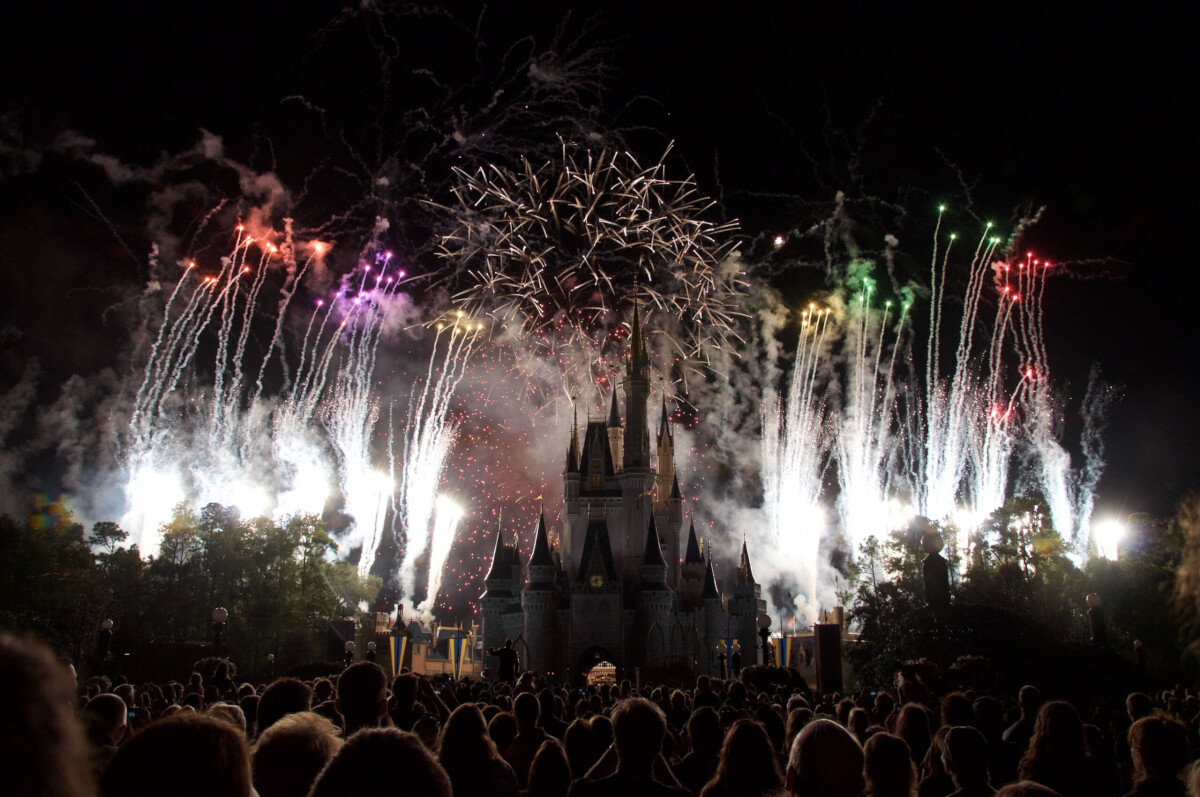 The sun never sets on a Disney castle. From whimsical to impressive, the spires and turrets of Disney’s fantastical castles greet Guests around the world 24 hours a day.

When I started working for The Walt Disney Company (TWDC) almost a decade ago, I made an off-handed comment that it would be really cool to have a photo in front of every Disney castle.

Fast forward to this year, and I accomplished a bucket list item that I had never even written on my bucket list. I joined the “Castle Club,” by visiting every. Single. One.

That’s 10 castles (ooh, bet you’re wondering which ones you’re missing!) across three continents built over the course of 65 years. And I can personally tell you, they are each magical in their own way.

Read on for some interesting facts and some insider stories about some of the world’s most beautiful icons.

Named one of the top 100 buildings in Florida by The Florida Association of the American Institute of Architects (well, that’s a mouthful!), Cinderella Castle has earned the title “iconic.”

Walt Disney World has also been my home park for years, so I am also a bit partial.

Cinderella Castle draws its inspiration from historical castles that you can visit IRL.

The most well-known is Neuschwanstein Castle in Germany. But Imagineers also drew inspiration from Alcazar de Segovia, a castle in Spain.

At 189 feet, Cinderella Castle looks imposing, thanks to the magic of forced perspective. The top levels are built at a third of the scale as the foundation, to create the appearance of grandeur.

As if she wasn’t already beautiful, this year, Cinderella Castle got a makeover. The façade was painted in brighter jewel tones in honor of the animated film’s 70th anniversary. It has been received with mixed reviews, but I personally love it!

Almost an exact replica of its sister in the States, Cinderella Castle at Tokyo Disneyland is just a bit shorter—clocking (see what I did there?) in at 168 feet versus Florida’s 189.

A notable difference is the walkthrough attraction depicting Cindy’s story.

While the park’s central castle may be similar to WDW, the newest addition will be excitingly new!

And if Tokyo Disneyland didn’t have enough castles already, park hop over to Tokyo DisneySea, to visit Triton’s castle.

I loved the bright colors and under the sea inspired façade. Inside, kids can play at the Mermaid Lagoon…but I’d be lying if I didn’t say my husband and I equally enjoyed this technicolored “underwater” play space. One highlight? Seeing Ariel “swim” above you in the live action show.

Enchanted Storybook Castle holds a special place in my heart since I lived in Shanghai for a year to work with Disney English. The Shanghai Disneyland Resort feels like my secondary “home park” and this castle is DEFINITELY the most impressive (IMHO).

Not only was it the largest castle worldwide at 197 feet (at least, until Hong Kong’s remodel is finished), but it is gorgeously intricate. Exploring the facades of the castle can be an attraction in itself and there are SO many photo ops from a variety of angles.

The architecture is done in a classic Renaissance style, but with added Chinese touches. If you look closely, the top of the castle boasts a golden peony, a traditional Chinese flower.

Unlike the other castles, Enchanted Storybook Castle isn’t home to a singular princess—instead, it celebrates the stories of all Disney Princesses.

Head into the main hall to see some of the gorgeous mosaics.  There are four total; with a different princess representing each season. Tiana from The Princess and the Frog for spring, Rapunzel from Tangled for summer, Merida from Brave for fall, and Elsa from Frozen for (duh) winter.

Imagineers referred to the blending of these elements as “authentically Disney, distinctly Chinese.”

Once completed, the Castle of Magical Dreams will take the crown as tallest Disney castle worldwide, towering over Enchanted Storybook Castle by a mere three feet.

When I visited Hong Kong Disneyland, the castle was a replica of Disneyland’s Sleeping Beauty Castle. Its most charming feature was the natural landscape surrounding the castle—beautiful mountains served as the backdrop.

It is definitely a very unique looking castle (in fact, it kind of reminds me of Mystic Manor, right?). Can you identify each turret and which character it represents?

After growing up visiting Cinderella Castle at Walt Disney World, when I first saw Sleeping Beauty Castle, I was struck by how tiiiiiiiiiny she is.

After Hong Kong Disneyland’s castle reconstruction, Sleeping Beauty Castle will remain the smallest castle worldwide. But she holds the title as the first and the only castle Walt ever visited, since he passed before Cinderella Castle was complete.

The heritage baked into Sleeping Beauty Castle more than makes up for her diminutive size. True Disney fans need to make the pilgrimage to Disneyland to experience Walt’s original dream.

The original concept art was created by Herb Ryman, who based the architecture on King Ludwig’s Bavarian Castle in Germany.

This castle is also a trendsetter. Walt wanted to incorporate blue into the spires, to match with the sky. He thought it would make the castle appear taller. Ever since, every Disney castle has incorporated blue in its pallet.

As a Disney fanatic, it was an honor to visit Sleeping Beauty Castle and to walk where Walt walked.

Disneyland Paris was the final castle I visited and rounds out our list. And I agree that she is tres belle. Unlike the United States, Europe has actual castles tourists can visit, so Imagineers knew they had to create something a little more magical for the park.

Tom Morris was the lead Imagineer on the project and he took inspiration from multiple sources, including the Mon Saint-Michel monastery in Normandy. The square trees surrounding the castle were a direct reference to the 1959 Sleeping Beauty film.

The stained-glass windows featured in the gallery were created in London by Peter Chapman, who had worked on the Notre Dame de Paris.

We hope you enjoyed this guide to Disney Castles around the world!

Whew! What a trip around the world—I hope you aren’t jet lagged. Thank you for taking this whirlwind, magical excursion to every Disney castle. Are you part of the “Castle Club?” How many castles have YOU been to? Which is your favorite?