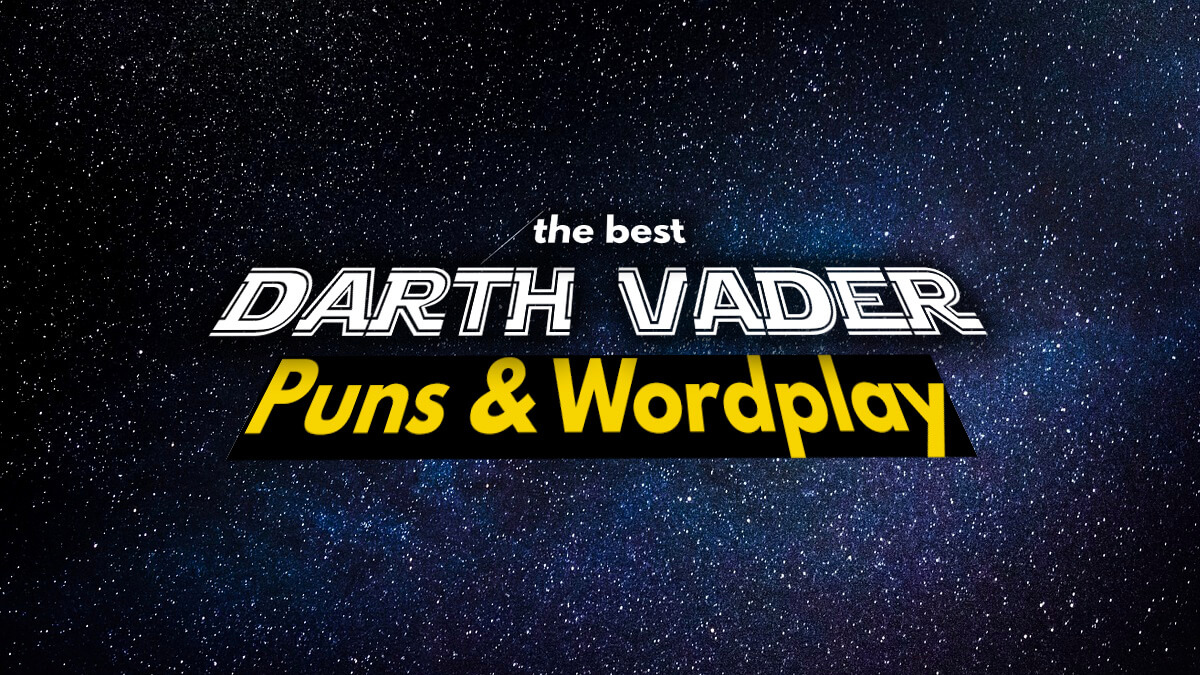 Darth Vader is an icon in the Star Wars saga in more ways than just his ominous presence and dramatic dialogue (read his famous quotes here!). He’s actually quite the celebrity when it comes to puns, jokes & other wordplay that have been carefully crafted through his name! Yes, this dark lord has a wonderful assortment of associated puns and jokes ranging from clever to cringe-worthy.

So, whether you’re a pun expert or just here for the laughs, here are some Darth Vader puns (and a few Dad jokes) that you can either use immediately on your friends, or just grimace and yell, “NOOOOOOOOOOOO!”

We’ll start with the classic Vader puns – the ones you’ve undoubtedly seen spreading like viral wildfire at some point across the internet.

How does Darth Vader get to various floors of buildings?
Via ele-vaders.
Source: Thought Catalog

What was Darth Vader’s sister’s name?
Ella.
(Get it? Ella Vader…)
Source: Reddit

How did Darth Vader know what Luke was getting for Christmas?
He felt his presents.
Source: Thought Catalog

Darth Vader Puns & Jokes That Are So Bad, You’ll Wish They Were Force Choked

Some Vader puns and wordplay aren’t quite as witty and masterful as others, but they should still be mentioned. Here’s a list of Vader puns/jokes that are so bad, you’ll wish they were Force choked.

But who knows, maybe one of these could double as your next pickup line with a Star Wars geek? The sky is the limit!

What is Darth Vader’s favourite song?
Dancing in the Darth.
Source: Thought Catalog

What is Darth Vader’s nickname when he procrastinates?
Darth Later.
Source: Thought Catalog

How did Luke Skywalker defeat Darth Vader?
He beat the Sith out of him.
Source: Thought Catalog

What was Darth Vader’s name in the Olympics?
Darth Skater.
Source: Thought Catalog

Here’s a collection of the best dad-worthy jokes about Father of the Year, Darth Vader that we could find. Beware, these are the cheesiest of the bunch.

How does Darth Vader like his coffee?
On the dark side.
Source: Punpedia

What do you call a nervous Darth Vader?
Panickin’ Skywalker.
Source: Punpedia

What would you call a statue dressed up as Darth Vader?
Mannequin Skywalker!
Source: Punpedia

Did We Miss Any of Your Favourite Darth Vader Puns, Jokes & Wordplay?