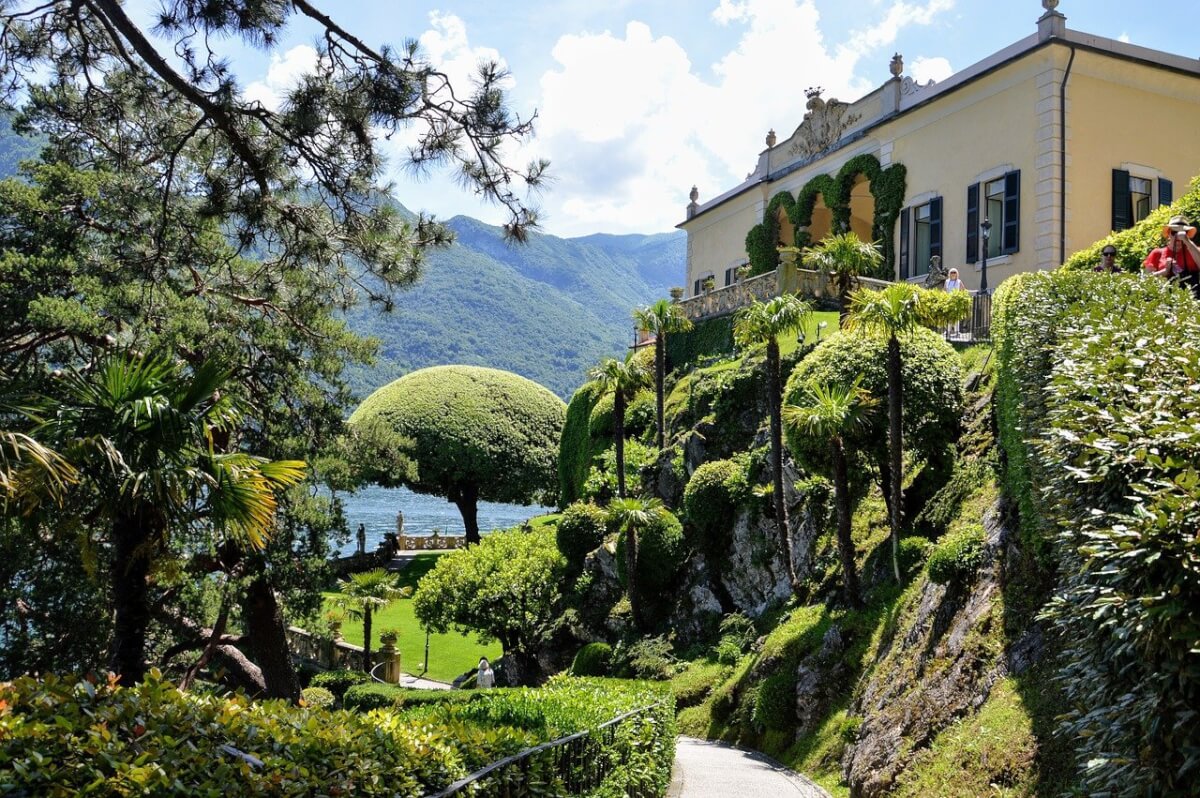 While the second installment of the Star Wars prequel trilogy received mixed reviews, I loved so many things about it.

The music, the characters, and especially the planets. Whether you’re team OT, PT, or ST (or Legends!) you’ve got to admit that many Attack of the Clones filming locations are beautiful and iconic.

Most of the Attack of the Clones is CGI. But the cast and crew filmed on location for many of its most memorable scenes.

That’s right: you can actually visit all of the Attack of the Clones filming locations in real life!

So hop into your Corellian freighter because this Jedi fangirl is taking you from Naboo to Tatooine in less than 12 parsecs.

Where was Attack of the Clones Filmed?

Star Wars Episode II takes us to five different planets in that galaxy far, far away.

Scenes on Coruscant, Kamino, and Geonosis were filmed in green screen studios. However, Naboo and Tatooine were mostly filmed on location.

Click here if you want to see some behind the scenes photos from Attack of the Clones filming locations.

Filming and photography took place from 26 June to 20 September 2000.

When the cast and crew weren’t creating lightsaber duels in Fox’s London and Sydney studios, they were filming in Spain, Italy, and Tunisia. While the Spain and Italy filming locations are exclusive to the prequel trilogy, Tunisia has a long history with the Skywalker saga.

Most of the Tatooine scenes in both the original and prequel trilogies, including the Lars homestead, were filmed in Tunisia. But introducing Naboo in the prequels called for new filming locations with a stark contrast to the desert terrain of Tunisia.

Fun fact: George Lucas was going to call Luke’s home planet Utapau. But after visiting the real-life city of Tataouine in southern Tunisia he decided to call the desert planet Tatooine.

Attack of the Clones Filming Locations: A Full List!

In case it’s been a minute since you’ve seen it, Attack of the Clones begins on Coruscant with the assassination attempt on Padme. Then of course there’s that thrilling speeder chase through the city.

It’s because of the threat on Padme’s life that the Jedi Council sends her and Anakin into hiding on Naboo.

When they arrive in Theed, Naboo, we see the first Attack of the Clones filming location of the movie.

Plaza de Espana served as the exterior of Naboo’s royal palace. Built in 1928 for the 1929 Ibero-American Exposition, the plaza is a showcase of Spanish architecture and culture.

As Padme, Anakin, and Artoo cross one of the four bridges to the main building, you can see the vibrant Spanish tiles that decorate the walkway. These tiles are an iconic feature of art and architecture throughout Spain and Portugal.

Across the bridge, the semi-circular building is lined with tiled arches and alcoves dedicated to the provinces of Spain. Each alcove features tiles that depict the lifestyle and culture of its province.

Above the alcoves is the long portico along which Padme and Anakin walk. As they walk along the portico you can actually see the decorative tiles with the provincial names above them.

While the exterior of Theed Palace was filmed in Spain, the interior was filmed at a real palace in Italy.

The Royal Palace of Caserta was first used in The Phantom Menace and reprised its role in 2000 as an Attack of the Clones filming location.

George Lucas chose this UNESCO World Heritage site for the interior of Theed Palace because of its distinct Italian Renaissance architecture.

Ranking as one of the largest royal palaces in the world at over 2.5 million square feet, you can fit 3,921 of this Lars homestead lookalike inside the palace. That’s no palace; that’s a city!

Despite its grand size and having 1,200 rooms, it was only the grand upper vestibule that made an appearance in Attack of the Clones. The upper vestibule was used as the throne room in both The Phantom Menace and Attack of the Clones. In the latter, it’s where Anakin and Padme meet with the queen and other Naboo officials and discuss going to the lake country for safety.

From their first kiss upon arrival, to their wedding at the end of the movie, Padme and Anakin share scenes in several locations in and around Villa del Balbianello.

The first kiss and wedding were both filmed on a recognizable balcony with the lake and mountains in the background.

The loggia in the garden has a similar looking balcony and is where Anakin meditated the morning after the nightmare about his mom.

In addition to the Villa, two nearby fields in Como were used for the picnic and shaak riding scenes. It may be hard to recognize because the shaak and waterfalls were all CGI.

Did you know: You can actually visit or stay at the Grand Hotel Tremezzo where the cast and crew stayed while filming the Naboo lake country scenes!

Anakin’s continued nightmares prompt him and Padme to leave Naboo and return to Tatooine in search of Shmi Skywalker.

The scenes in Mos Espa where they track down Watto were filmed in Ong Jmal (spelling varies), north of Naftah and Tozeur, Tunisia.

The Mos Espa city was originally built in Ong Jmal for The Phantom Menace, and was used once again as a Star Wars filming location in 2000.

When the prequel trilogy was finished, the crew left behind the Mos Espa set. Since then the locals have used it as a tourist attraction.

The many other Star Wars filming locations across Tunisia are a source of revenue for local businesses.

Ten miles south of the Mos Espa set is the most iconic Star Wars filming location of all time: the Lars homestead.

After searching for possible filming locations in Morocco and Algeria, George Lucas first chose the Sahara Desert of Tunisia to depict Tatooine in 1975.

It was here where he decided to film the home of the saga’s main character.

Like the Mos Espa set, the igloo of the Lars homestead still stands today.

The wear and tear of weather damaged the igloo over the years and it was almost completely destroyed. But, thank the Force, in 2012 a group of super fans organized the Save the Lars Homestead project. They raised the money to restore it to its original trilogy glory.

When Anakin and Padme arrive at the Lars homestead meet Owen and Beru who eventually raise Luke. They all enter the igloo, but the underground portion of the home is actually located 3.5 hours east.

Fun fact: Of all the Attack of the Clones filming locations, the Lars homestead is the only one that appears in more than one Star Wars trilogy.

The interior of the Lars homestead was filmed at the Sidi Driss Hotel in Matmata, Tunisia. And get this, the hotel is still open for business.

You can actually stay in Luke Skywalker’s home and eat at the table where we saw blue Bantha milk for the first time. The same table where Anakin and Padme sat down with Cliegg and Owen Lars to discuss Shmi’s abduction.

Some of the set pieces remain in the hotel today. There’s also a bar in the hotel decorated with Star Wars cast photos and memorabilia. If there is one place on the planet that we could call the Mecca of Star Wars, this is it.

Just keep in mind if you go, it’s no five star resort. It’s similar to a hostel experience with shared bathrooms and small rooms. But who cares? You’d be staying in Luke’s house! You’d be sleeping and eating right in an Attack of the Clones filming location!

Did we miss any Key Attack of the Clones Filming Locations?

We hope you enjoyed this filming guide to Star Wars Episode II: Attack of the Clones. If there are any key locations we missed or any corrections you spot, be sure to let us know in the comments!

Janie is a digital nomad currently living in southern Spain with her husband and two pups, Rey and Obi...yes, named for the Star Wars characters, of course! Originally from California, she loves hiking and exploring the great outdoors. She also enjoys finding ways to practice the Jedi philosophy in daily life and hopes to someday pass the Jedi Trials.